PM inaugurates a school renovated by TİKA in the Philippines 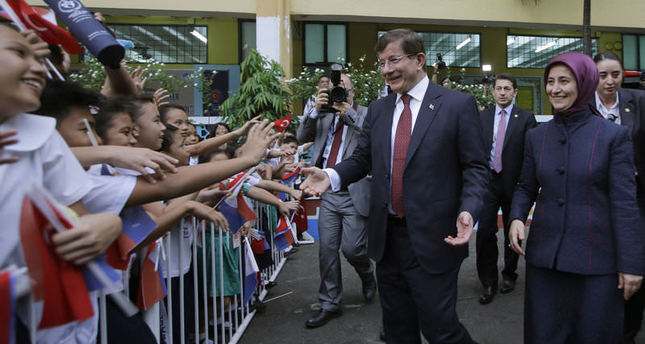 by daily sabah Nov 17, 2014 12:00 am
Prime Minister Ahmet Davutoğlu inaugurated a school on Monday that was renovated by Turkish Cooperation and Coordination agency (TİKA) during his official visit to the Phillippines.

The government-run agency TİKA renovated a school in the Filipino capital of Manila and equipped some classes with computers. Following official talks in the country, Davutoğlu visited the Justo Lukban Primary School that has some 2,800 students. Davutoğlu was cheered by the Philippine students who held Turkish flags.

In 2013, when Typhoon Haiyan hit the Phillipines and claimed thousands of people's lives, TİKA, along with other Turkish aid agencies and nongovernmental organizations, extended its helping hand to schools in the region and donated the archive registration of schools devastated. Hundreds of food aid was also delivered to the people of the country by TİKA.