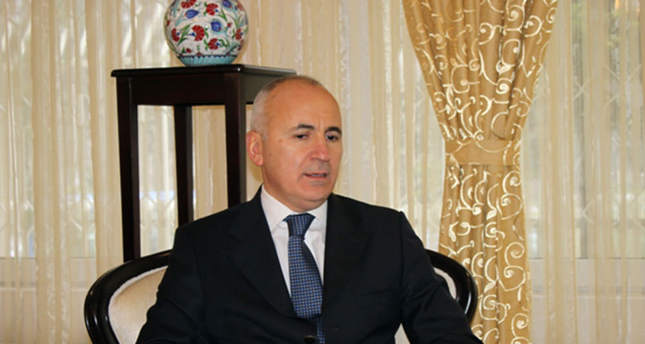 Turkey's Ambassador to Afghanistan, Ismail Aramaz, has been appointed as the next NATO Senior Civilian Representative (SCR) in Afghanistan.

Aramaz is expected to take up his new post early next year after the move was announced by NATO Secretary-General Jens Stoltenberg on Monday.

NATO officials said in a press release: "As ISAF (International Security Assistance Force) ends in December 2014 and NATO launches the Resolute Support Mission to train, advise, and assist the Afghan security forces, the Alliance and our partners will remain committed to supporting Afghanistan and further developing our long-term relationship.

"Ambassador Aramaz will play an integral role in those efforts."

Aramaz will be responsible in the post for liaising with the Afghan Government, civil society, representatives of the international community and neighboring countries.

Turkey's Foreign Ministry said in a statement that he will also be advising the NATO Council on policy and provide a communication channel between NATO Headquarters and Afghanistan. "Turkey will take over the responsibility of managing Kabul's International Airport as part of the Resolute Support Mission of NATO," it said.

NATO's Resolute Support Mission seeks to support Afghan ministries and institutions and the high-command level of the Afghan security forces but does seek to engage its forces in combat.

Aramaz is the second Turkish NATO senior civilian representative (SCR) in Afghanistan after Hikmet Cetin, Turkey's foreign minister between 1991 and 1994, who served in the post between 2003 and 2006. Aramaz served as Turkey's deputy permanent representative to NATO from 2003 to 2007 and as political advisor to the commander of ISAF from 2002 to 2003. Turkey, which joined NATO in 1952, has the second-largest army in the alliance.