No final decision on training and equipping of Syrian opposition, says president 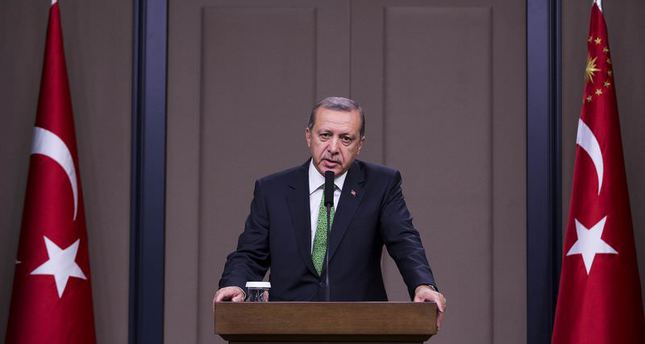 by Daily Sabah with Agencies Nov 19, 2014 12:00 am
President Recep Tayyip Erdoğan has said that no final decisions has been made for Turkey in terms of commencing training and equipping moderate Syrian opposition groups fighting the Islamic State of Iraq and al-Sham (ISIS) and the Syrian regime.

A U.S. military delegation spent two days late last week in Ankara discussing details of the train and equip mission, and talks over organizing the mission have continued since the agreement between Turkey and the international anti-ISIS coalition led by the U.S.

Last week, a U.S. committee arrived in Turkey to hold the last talks over the training and equipping of moderate Syrian opposition groups as part of the agreement between Turkey and the anti-ISIS coalition.

According to government sources, technical details will be discussed in the meeting and the training and equipping process will start in late December.

Calling for a broader strategy to fight against both ISIS and the reasons that caused its rise in the first place, Erdoğan told reporters before leaving on a trip to Algeria that the coalition still has not taken steps toward a comprehensive strategy in Syria and added that the removal of Bashar Assad must be the main focus.