Number of jailed journalists in Turkey drops to 1 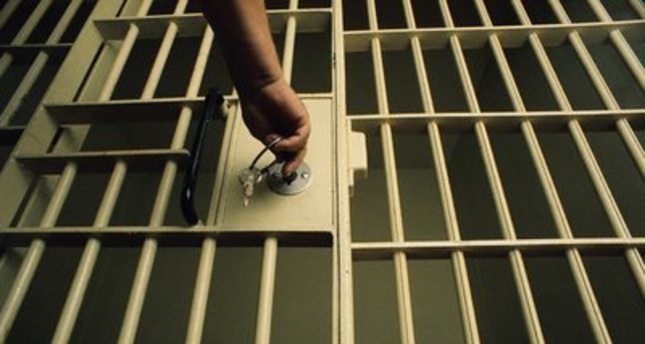 by Ali Ünal
Nov 19, 2014 12:00 am
Even though Turkey was one of the leading jailers of journalists in the 2013 Committee to Protect Journalists (CPJ) prison census with 40 journalists, this figure has dropped to one, foreshadowing a significant improvement in this year's census.

Turkey was one of the leading jailers of journalists in the CPJ's report from December 2013, however judicial reform packages introduced by the government throughout this year have improved the climate in terms of freedom of expression and introduced a number of steps toward the elimination of problematic clauses and practices and the number has dropped dramatically since then. According to data obtained by the Ministry of Justice, as of Nov.18 there is only one journalist still in prison.

The number of those considered to be journalists by the CPJ also confirms Turkey's positive track record. According to the CPJ there are seven journalists imprisoned in retaliation for their work, however stats from the Ministry of Justice reveal that six people on the list were convicted of serious anti-terror charges such as being members of an armed terrorist organization, which is recognized by the U.S., EU and a significant number of other countries and organizations.

In October, a delegation from the CPJ and the International Press Institute (IPI) met with Turkish leaders included President Recep Tayyip Erdoğan, Prime Minister Ahmet Davutoğlu and Justice Minister Bekir Bozdağ and, according to a statement released by the CPJ after the visit, Turkish politicians pledged to make all associated files available to qualified legal experts for independent review and agreed to take measures to improve conditions for journalists while defending their country's record on press freedom. "Although we disagree with government leaders on the role of news media, we are encouraged by their willingness to meet with us," said CPJ board Chairman Sandra Mims Rowe, who led the joint delegation, after the visit. "We welcome the commitments they made, and we believe officials recognize the depth of international concern," she added.

Furthermore, in recent days CPJ Executive Director Joel Simon sent a letter to Erdoğan in which he said that they appreciate the candor and directness with which Erdoğan spoke to their delegation and underlined that the meeting gave them a deeper and more nuanced understanding of his views on the media. "The president emphasized in our meeting that he appreciates and values constructive criticism," Simon wrote in the letter.