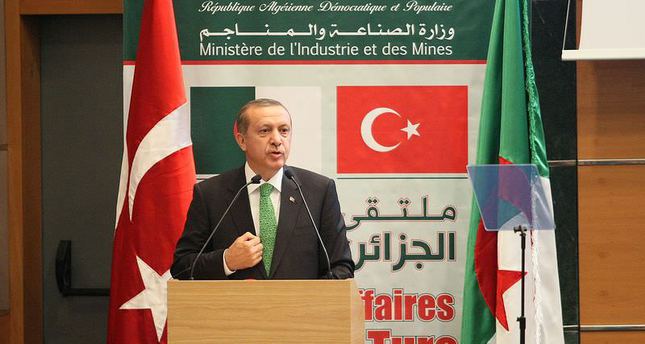 In an official visit to Algeria's capital Algiers, Erdoğan praised the agreement between the national hydrocarbon company of Algeria and the Turkish state-owned oil and natural gas pipeline company BOTAŞ, who extended their accord for 10 years.

Russia, Iran, and Azerbaijan are the top three countries for Turkish natural gas imports, and they supply a total of 42 billion cubic meters of gas via pipelines to Turkey annually, according to BOTAŞ figures.

The new agreement between Turkey and Algeria will provide 4.4 billion cubic meters of liquified natural gas every year for Turkey until October 2024, up from 4 billion under the terms of the previous agreement, BOTAŞ announces in a statement on its website.

President Erdoğan also stated that investors from Turkey have undertaken $11 billion of construction projects in Algeria as of October. Turkish entrepreneurs have a total of $2 billion investments in Algeria.

"Investments by Turkish businessmen in Algeria rose tremendously, and I believe they will continue to increase," he added.

Erdoğan concluded that Turkish investors also have textile projects in Algeria which will provide job opportunities for thousands of Algerians.