Reconciliation schedule to be revived as talks in home stretch 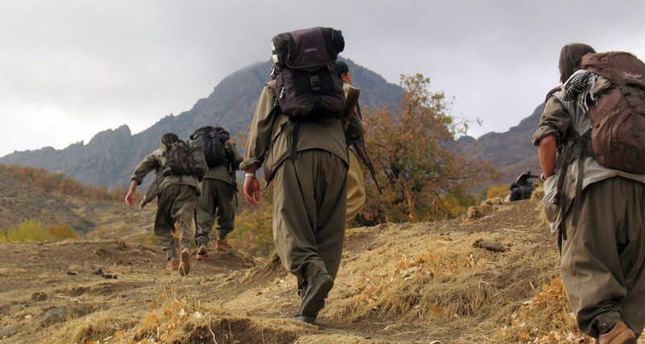 With the reconciliation process between Ankara and Kurds in the home stretch, stalled talks between the government and the HDP yield and a new time schedule for the process will be prepared soon

The reconciliation process between Ankara and Kurds, which began in 2012 following initiatives from Justice and Development Party (AK Party), is in the home stretch, according to remarks from senior government officials and People's Democratic Party (HDP) Co-Chair Selahattin Demirtaş.

After a stall following the violent October 6-7 Kobani protests that left dozens dead, Ankara and the PKK came to an agreement to end the decades-long conflict that has occupied the country's agenda since the early 1980s.

Prime Minister Ahmet Davutoğlu, who repeatedly stressed Ankara's determination over the reconciliation process on Thursday morning ahead of his Iraq visit, said that the ultimate goal in the process is to ensure the disarmament of the PKK, and that the government will put into practice all means to leave the violence behind and put democratic representation into the forefront.

"We hope that these talks will pave the way for them for [disarmament and democratic representation]," Davutoğlu said, underscoring once again that the government's sensitivity toward public order will be protected with no concession.

According to government sources, Ankara is to wait until the PKK ceases acts that disturb public order and then a definite call for inaction is expected to be made by the imprisoned PKK leader Abdullah Öcalan.

He added that after his visit to Iraq that is scheduled to end on November 23, there may be some developments over the reconciliation process road map and the schedule.

In an exclusive interview with state-owned TRT, the prime minister discussed the schedule of the reconciliation process and said, "There was a definite time schedule over reconciliation on October 1, but due to certain turbulences, this schedule is not that definite now."

According to the first reconciliation process schedule in October, disarmament was expected to be ensured by early January and the process would be completed in April, yet the Kobani demonstrations shook the government's trust in the HDP causing a delay in the process. Government officials believe a revision is necessary to define a definite time schedule. It is expected that the process will successfully end in the summer months.

Emphasizing the steps taken by the government to uphold the rights of Kurdish citizens in Turkey, Davutoğlu said the reconciliation process means democracy for Ankara. He urged the PKK leadership in the Qandil Mountains in Northern Iraq, which is under the umbrella of the Kurdish Communities Union (KCK), and its sympathizers not to use arms or weapons anymore and said that leaving violent acts behind is of the utmost importance to the reconciliation process.

"To voice the freedom of thought through arms is a crime. Two completely different political parties, the nationalist MHP [Nationalist Movement Party] and pro-Kurdish HDP have found seats in the same Parliament," he added to exemplify the freedom of political organization.

The road map prepared by the officials charged in the reconciliation process reportedly said that the PKK will bury arms in some determined areas, cross the Northern Iraqi border unarmed and then the Turkish state will collect the buried arms.

Criticizing HDP Co-Chair Selahattin Demirtaş for the October 6-7 Kobani protests that morphed into violent clashes between anti and pro-PKK groups, Davutoğlu said that Demirtaş's announcement of his candidacy for president in the August 10 election made him glad for the sake of democratic representation, but he said that the latest Kobani protests eroded Demirtaş's impartiality.

Davutoğlu added that he appreciated MHP leader Devlet Bahçeli's common sense calls during the incident and his instructions to all MHP members not to take to the streets with the aim of preventing further clashes between HDP and MHP partisans.

Considering the Kobani demonstrations and their effects on the reconciliation process, Ankara and the HDP are to establish a crisis mechanism to nip possible chaos in the bud by keeping in contact in further crisis periods.

In early October the HDP called for street protests to show solidarity with Syrian Kurdish fighters defending the besieged Syrian Kurdish town of Kobani. Violent demonstrations in support of Kobani erupted across Turkey, especially in the predominantly Kurdish southeastern and eastern cities, claiming dozens of lives, with pro-PKK demonstrators accusing the government of turning its back on the people of Kobani in the fight between Kurdish forces and Islamic State of Iraq and al-Sham (ISIS) militants. The demonstration soon morphed into violent clashes between anti and pro-PKK groups. Scores of vehicles, state buildings, party offices and businesses were set ablaze or damaged during the violent protests. Bahçeli urged all MHP party members not to involve themselves in the clashes as an MHP building was set on fire.