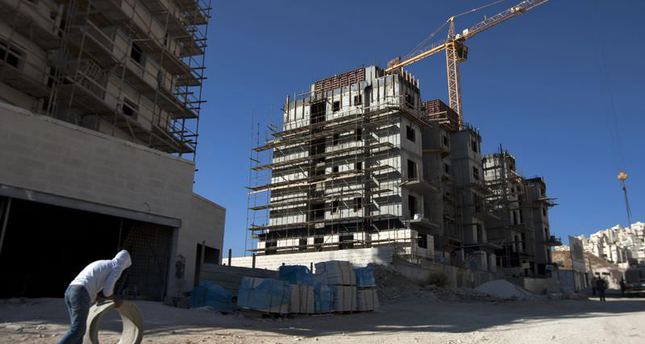 by AA Nov 21, 2014 12:00 am
Ankara condemned Israel's resolution on illegal settlements and the construction of 78 houses in East Jerusalem on Thursday.

"We condemn and will never accept these unilateral steps, which are against international law," the Foreign Affairs Ministry said in a written statement.

The statement also emphasized that "the ongoing illegal settlement activities of Israel in East Jerusalem do not serve any purpose other than further escalating tensions in the region."

Israel's planning and construction committee in Jerusalem approved the construction of new housing units in the Jewish-only Har Homa and Ramot settlements, the latter of which lies beyond the Green Line, according to Israeli Channel 7.

Last month, the same committee approved the construction of 200 out of a planned 600 settlement units in the Ramot Settlement.