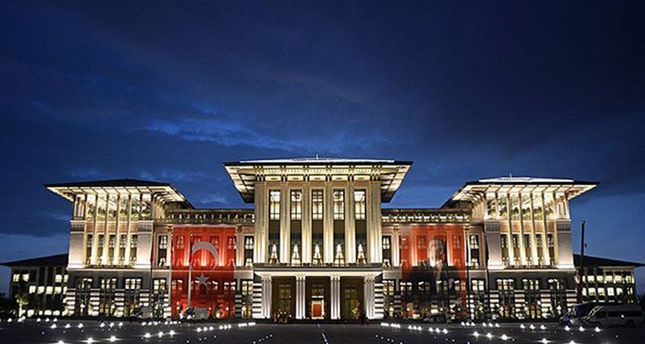 by daily sabah
Nov 21, 2014 12:00 am
As U.S. Vice President Joe Biden is scheduled to arrive in Istanbul today, Ankara continues to reiterate its demands of an all-inclusive strategy, including the removal of the Bashar Assad regime along with fighting ISIS militants.

President Recep Tayyip Erdoğan chided the U.S. for failing to meet Ankara's conditions for it to play a bigger role in the international anti-ISIS coalition in Syria. Speaking to reporters at Ankara's Esenboğa airport before departing for a trip to Africa, Erdoğan said the coalition "had not taken the steps we asked of them."

Biden is arriving in Istanbul today for a key three-day visit aimed at finding some common ground with Turkey in the fight against ISIS militants who have captured large areas of Iraq and Syria. Turkey has insisted the anti-ISIS coalition to adopt a coherent strategy to remove Bashar Assad from power and to set up a safe zone along its 911-kilometre border with Syria.

Ankara also wants the U.S. to help train and equip a large contingent of Free Syrian Army (FSA) forces to fight the Assad regime. Erdoğan said that the "parties have not taken any decisive steps toward the train-and-equip plan" for FSA fighters.

"From the no-fly zone to the safe zone, and training and equipping, all these steps have to be taken now. But the coalition forces haven't taken the steps we asked of them or suggested [alternatives] to them," he added.

U.S. Secretary of State John Kerry had heartened Turkey on October 8 by declaring that a buffer-zone was an idea "worth looking at very, very closely." But in an indication that little progress may be made on the issue by the time of Biden's visit, the U.S. administration does not have such an option on the table for now.

In Istanbul, Biden will meet individually with Erdoğan and Prime Minister Ahmet Davutoğlu to discuss cooperation in fighting ISIS.

Talks will center on "coping with the humanitarian crisis caused by the conflicts on Turkey's southern border," according to a statement from the White House, as well as "countering the threat posed by foreign fighters."

Erdoğan, however, signaled Ankara would not change its position unless its conditions were met. "Of course Turkey will maintain its stance until this process has been completed."