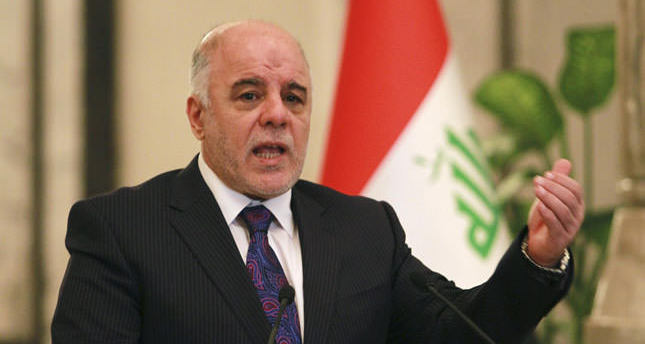 by Daily Sabah with Agencies Nov 22, 2014 12:00 am
Iraqi Prime Minister Haider al-Abadi announced in a joint press conference with Turkish Prime Minister Ahmet Davutoğlu on Thursday that his country and neighboring Turkey have agreed to closer security and intelligence cooperation in the face of the threat posed by the self-proclaimed Islamic State of Iraq and al-Sham (ISIS).

"We have a key agreement to exchange information and have full security cooperation," Abadi said.

The Iraqi prime minister said that the inter-committee meetings between the two countries will continue regarding security and military cooperation and Iraq is pleased to see Turkey's support in the training of Iraq security forces.

"The Turkish prime minister also wants us to have military cooperation in the face of terrorism and [ISIS] and we welcome that," Abadi said.

Davutoğlu confirmed the two sides' agreement on closer security cooperation. "I can say that [ISIS] threatens both Iraq and Turkey, but we will cooperate and do everything we can to stand up to terrorism," he said and added, "There is a new page in relations between Turkey and Iraq and that is why I hope that there will be close cooperation between our security and intelligence agencies to defeat terrorism."