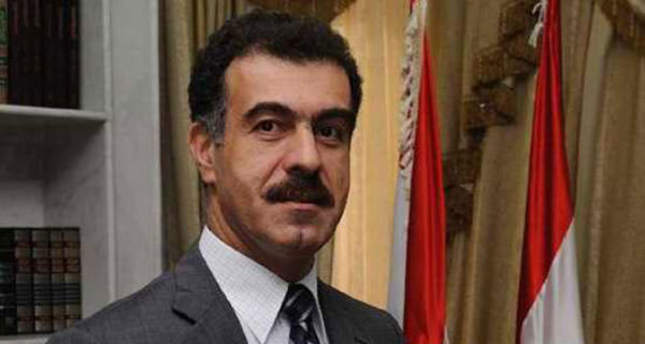 by daily sabah
Nov 22, 2014 12:00 am
Kurdistan Regional Government (KRG) spokesman Safeen Dizayee said that Turkey sent weapons, military supplies and humanitarian assistance to the KRG 72 hours after the Islamic State of Iraq and al-Sham (ISIS) attacked the Iraqi provinces of Sinjar and Mahmur in August.

According to reports by the Turkish daily Yenişafak, Dizayee underscored the importance of the assistance Turkey sent and said, "Ankara wanted the aid to be kept confidential due to the 49 hostages of the Turkish Consulate in Mosul, which was in the hands of ISIS."

Speaking to an Arabic channel in October, KRG President Masoud Barzani also announced that the KRG administration had received arms support from Turkey but kept it confidential as ISIS militants where holding 49 employees from the Turkish Consulate in Mosul hostage. The 49 hostages from the Turkish Consulate that were held by ISIS insurgents in Iraq were freed after diplomatic negotiations with tribes in southeastern Turkey, Syria and Iraq in September.

"We are battling against a terrorist state [ISIS] now. We are in need of heavy weapons," Dizayee said, adding that the weapons used by the KRG came from the toppling of Saddam Hussein's regime in 2003.

Dizayee added that since 2003, they did not invested in weapons, but in the needs of people such as welfare, education and infrastructure for years.

Refuting allegations that Turkey left the KRG alone in its fight against terrorism in the region, Dizayee said that even though they were well aware of Turkey's assistance, the KRG refrained from commenting on the matter.