Gov’t ready to meet demands of Alevis with new initiatives 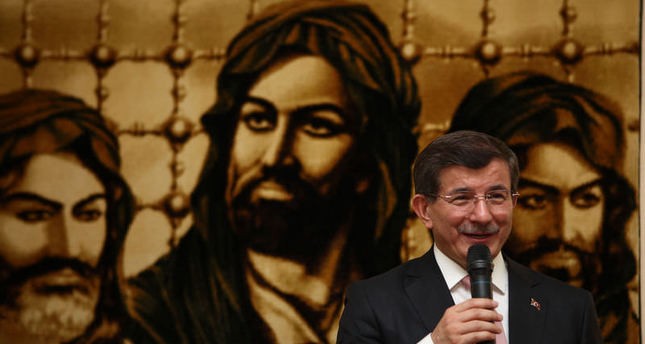 The government is determined to address the grievances of the Alevi community by stepping up its efforts to meet their demands, which cover returning properties, renaming institutions and lifting official discrimination that targets them as part of the democratization initiatives the ruling party has launched.

Prime Minister Ahmet Davutoğlu speaking in the eastern province of Tunceli, a predominantly Alevi region, said that the government was well aware of the Alevi community's demands and pledged to do their best to meet them.

Davutoğlu gave the Alevi community a piece of good news – he announced that in line with Alevi demands, the old barracks in Dersim will be turned into a museum named the Dersim Museum. Tunceli University will also be renamed Munzur University, after Alevi religious leader Munzur Baba.

Returning the former names of Alevi regions is symbolically significant to the Alevi community. The renaming issue has unpleasant connotations for Alevis that evoke the pressure they have been based on their ethnicity, language or beliefs.

The province was named Dersim and incorporated into Elâzığ province in 1926. Finally it was changed to Tunceli province on Jan. 4, 1936 with the Law on Administration of Tunceli Province.

Davutoğlu, touching upon how there were bans on languages, said there was no humanity in banning a language that is spoken as part of a group's culture in his speech in Tunceli. He also recalled that changing names was not just restricted to Alevis, but names of Sunni villages were also changed. He said that there was discrimination against every section of society during those times.

"Everyone has hidden something up until now, but now it is time to freely voice one's identity, ethnicity and religion," Davutoğlu was quotes as saying.

He also placed emphasis on the government's prior goal to connect the people with the government. He also called on every section of society to come out of their shell and associate with the rest of the public.

"It is very significant that we empathize [this] with Alevis, as well as other minorities," Davutoğlu added, saying that everyone should share each other's pains.

"If there was any atrocity imposed on some sections in the past, we should show the virtue of apologizing for it, too," Davutoğlu also said, alluding to the brutal massacre that took place in 1937 in Dersim.

The Alevi issue has been one of the most controversial issues in Turkish history. Having faced the severest otherization and atrocities committed on them, the community is now seeking ways to heal their wounds. Turning their eyes to current ruling party officials, who keep reiterating that they have a genuine will to do what is necessary to reconcile with Alevis, they are now very close to reaching a resolution as the government speeds up its work.

The government, however, realizes that void of addressing the cruelty Alevis were exposed to during the Dersim Massacre, which took place in the predominantly Alevi region in 1937 and resulted in the killing of over 10,000 people who rebelled against Turkey's Resettlement Law of 1934, it would not be possible to fully satisfy the Alevi community.

The first step to accept the incident as a massacre came from then Prime Minister Recep Tayyip Erdoğan, in November 2011. He apologized for what happened in 1934 on behalf of the Turkish state and called on the main opposition Republican People's Party (CHP) to do its share and apologize on behalf of the previous CHP governments that were responsible for the massacre.

Two years later the government came up with a democratization package – for Alevis it proposed the changing of the name of a university in the central Anatolian province of Nevşehir. The name of the university, which was Nevşehir University, was changed to Hacı Bektaş-ı Veli University. Hacı Bektaş-ı Veli is a very important figure for Alevis. He was a 13th century mystic whose rational, progressive and humanistic thoughts have been very influential among Alevis. The reform, however, came as a disappointment to Alevis who demanded more from the government, mainly focusing on the acceptance of cemevis as places of worship. A lack of satisfaction by Alevis prompted the government to come up with more initiatives. Officials recently expanded the work to meet the Alevi grievances.

Davutoğlu concluded his speech by saying unification in society is what the government has always been seeking and that they will do what is necessary to achieve a social order in which everyone embraces each other.