Obama's nominee for Attorney General does not join Gülenist Gala 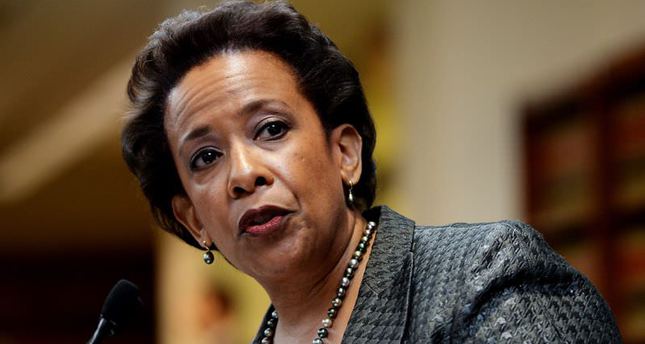 The current U.S. Attorney for the Eastern District of New York, Loretta Lynch, did not attend the Gala Dinner that was given in her honor by the Gülen Movement at New York's prominent Plaza Hotel on Nov. 20.

Lynch said in her message that she accepted the "2014 Peace Prize" which was given to her by the movement, but did not provide any reason for her withdrawal from the fundraising Gala Dinner.

Turkish Justice Minister Bekir Bozdağ had announced in September that the Turkish and U.S. intelligence agencies will cooperate on the extradition of U.S.-based imam Fethullah Gülen, leader of the Gülen Movement, who is believed to have orchestrated the Dec. 17 and Dec. 25 operations to overthrow the Turkish government.