Turkey pledges support for Macedonia in the internat'l scene 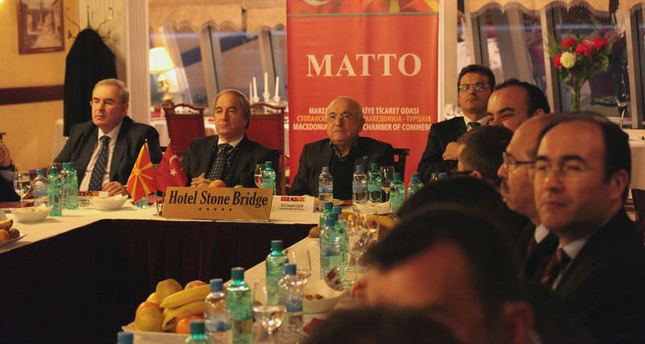 by AA Nov 24, 2014 12:00 am
Turkey's speaker of parliament, Cemil Çiçek, paid a formal visit to the Macedonian capital of Skopje on Sunday.

"Our great wish is to see Macedonia as a NATO member. We also support the country on its way to the EU," an Anadolu Agency correspondent reported him as saying.

He made his comments while speaking to representatives of the Association of Turkish NGOs in Macedonia on the first day of his formal visit.

"Macedonia has a key role to play in achieving peace, stability and sustainable development in the region," he added.

Later on Sunday, Çiçek met with representatives of the Macedonian-Turkish Chamber of Commerce.

He emphasized the need for close cooperation with Balkan countries, due to their shared historical and cultural relations.

Çiçek reiterated Turkey's support to the Balkan country, saying that his nation will help Macedonia to increase its level of economic and trade development.

"We will continue our strategic partnership with Macedonia. The Turkish presence in this country is a bridge in our relations," he said.

Before meeting with members of the Turkish-Macedonian Chamber of Commerce and representatives of the Association of Turkish NGOs in Macedonia, Çiçek visited the Turkish bazaar in the Old Town in central Skopje.

"Located here are traces of our civilization and this is a place of revival of our culture," he said.

He added that it was important for Turkey to improve its relations with Macedonia and to support its policies in many fields.

Turkey's delegation, led by Çiçek, will be welcomed on Monday by the country's president, Gjorge Ivanov, and parliament speaker, Trajko Veljanovski.

The delegation plans to meet with MPs and members of the Turkish-Macedonian friendship group on Monday.

They will also visit the offices of the Turkish Cultural Center and the Turkish Agency for International Cooperation and Coordination Agency in Skopje.

Çiçek will then travel to Macedonia's neighboring country Albania on Tuesday.

During his visit to the two countries, Çiçek will be accompanied by representatives of the Turkish parliament and the president of the Turkish-Macedonian friendship parliamentary group, Hüseyin Burge.