KRG spokesman: HDP should have supported the mandate 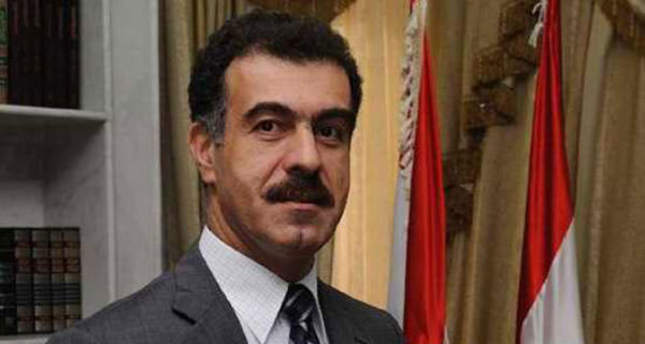 by Büşra Akın Dinçer
Nov 25, 2014 12:00 am
Amid the rise of the threat posed by the self-proclaimed Islamic State of Iraq and al-Sham (ISIS) in Syria and Iraq, Kurdistan Regional Government (KRG) spokesman Safeen Dizayee said that Ankara made the right moves against ISIS and added that the Peoples' Democratic Party (HDP) should have supported the parliamentary bill that gave the authority to send troops into Syria and Iraq if needed.

"I do not differentiate the stability, peace or tranquility of Iraq from that of Turkey," Prime Minister Ahmet Davutoğlu told a joint press conference with Iraqi Prime Minister Haidar al-Abadi in Baghdad. Davutoğlu's talks with the Iraqi central government and the KRG underscored the importance of cooperation and joint efforts against ISIS.

"Turkey is concerned by what is happening across the border and wants a stable and peaceful neighbor," Dizayee said, adding, "The visit was important and frank."

Amid the rise of ISIS, Turkey was accused of being reluctant to help with the developments in Kobani. The HDP called for street demonstrations against ISIS and Ankara's position on the issue. More than 30 people died in pro-Kurdish protests in Turkey. Among them was Yasin Börü, 16, who was tortured and killed while he was out helping the poor.

Speaking to Daily Sabah, Dizayee said that, on the contrary, within 72 hours of the ISIS attack in August, Ankara provided military assistance followed by humanitarian supplies. "As for Kobani, the entire population has fled to Turkey and sought refuge and Ankara has provided assistance to these people; two camps for refugees were built by AFAD [the Directorate of Disaster and Emergency Management]," Dizayee said.

Days later, Ankara was once again harshly criticized by the main opposition People's Republican Party (CHP) and Kurdish Democratic Regions Party (DBP) when it presented a bill to authorize military action against ISIS and allow foreign forces to transit through Turkish territory for operations against ISIS militants. Dizayee said, "If the bill allows Turkey to take measures within Syria, including places like Kobani, then it should have been supported by the DBP since Turkey is accused of doing nothing. I believe the DBP should be in consultation with the government all the time to share and exchange ideas."

After the bill passed, Ankara allowed KRG peshmerga soldiers to pass through Turkey in order to reach Syria to help defend Kobani from ISIS. However, Ankara was once again the target of severe criticism. "Kobani was about to fall and the international community was aware of this, including Turkey. Fighters in Kobani requested backup forces and artillery units from the KRG. This request was promptly responded to when we brought up this matter with Ankara and coalition partners. We appreciate the fact that Ankara accepted this request and allowed the passage of peshmerga fighters to Kobani through Turkish territory. It has left a psychological impact and was good for morale in public opinion. It was the right decision by Ankara and came at a right time."