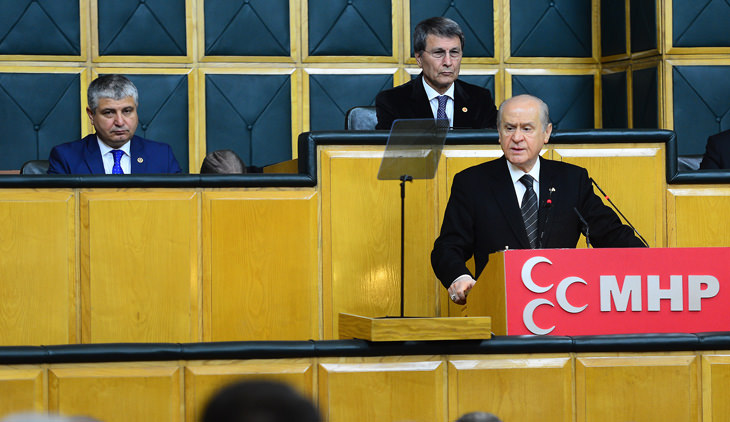 Nationalist Movement Party (MHP) Chairman Devlet Bahçeli, said on Tuesday that his party will stand against the reconciliation process until the end. The process was launched by the Justice and Development Party (AK Party) and aims to end the decades-long conflict with the PKK.

Bahçeli made the comments at his party's weekly parliamentary group meeting where he confirmed, "Our decision is final." He added that the policies of the AK Party government and PKK are in line with each other.

Launched in 2009 by the Turkish government, the reconciliation process aims to normalize life in eastern Turkey and has lowered the casualty numbers on both sides to record low levels.

The PKK announced a cease-fire on March 21, 2013 through their imprisoned leader Abdullah Öcalan, which has accelerated the negotiations between both sides, thereby mostly putting an end to the violence that has claimed the lives of more than 40,000 people over a 30-year period.