No citizenship in sight for Syrian refugees, Deputy PM says 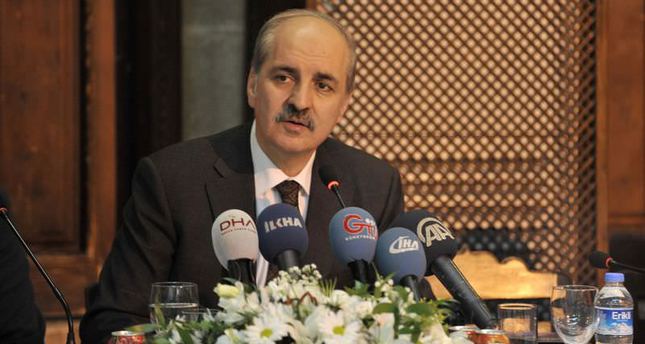 by Daily Sabah Nov 26, 2014 12:00 am
Deputy Prime Minister Numan Kurtulmuş has announced that the Turkish government does not plan to grant citizenship for Syrian refugees living in Turkey. He made the announcement on Tuesday at the Refugee Workshop organized in the southeastern province of Şanlıurfa with the participation of local non-governmental organizations and deputies.

Kurtulmuş stated that granting citizenship to Syrian refugees is not on the government's agenda. "We hope that the Syrian conflict is resolved immediately so that our Syrian brothers and sisters can return to their homes" Kurtulmuş said.

Noting that Turkey will face an influx of Syrian refugees if Aleppo falls, Kurtulmuş stated that such an incident would have a negative impact throughout the region. He added that Turkey is the most affected country by the Syrian civil war and said that the international community has failed to provide adequate support and assistance for Syrian refugees.

Turkey hosts about 1.6 million Syrian refugees, with only 220,000 of them living in tent camps, and has spent $4 billion for assistance. The Turkish government has repeatedly called on the international community to provide assistance to handle the refugee influx.

Recently, a report by Amnesty International has praised Turkey's response to the refugee crisis but noted that the growing number of displaced Syrians fleeing into the country could leave Turkey shorthanded in addressing the crisis.