Turkey to provide shelter for 300 Uighurs detained in Thailand 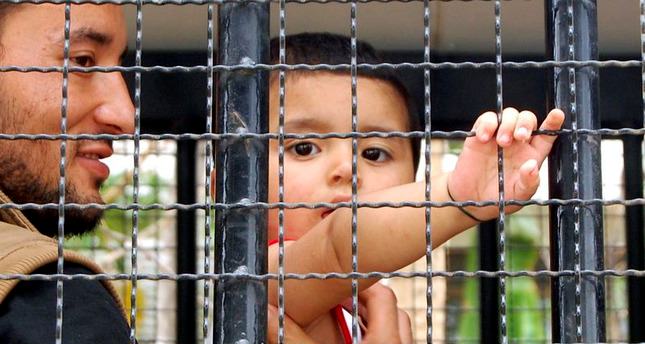 by AA Nov 26, 2014 12:00 am
The government wants to bring nearly 300 Uighurs to Turkey, who were found at a human smuggling camp in Thailand a few months ago, Turkish Foreign Minister Mevlüt Çavuşoğlu said Wednesday.

"Thai officials have informed us that there is a human smuggling situation going on and say they will closely investigate the issue," Çavuşoğlu said.

The minister made the remarks during a visit to Turkey's southeastern province of Şanlıurfa.

Thai immigration police detained dozens of people at a human smuggling camp in southern Thailand in March, who were later declared as illegal immigrants.

Chinese officials in Thailand had identified the group as Uighurs from China's northwestern restive province of Xinjiang.

The illegal immigrants, however, claimed to be Turkish nationals.

The Turkish foreign minister also said Thailand did not respond to the inquiry negatively or positively and only said the judicial process was ongoing in the case.

The Uighur community lives primarily in the Xinjiang Uighur autonomous region in China, where they are officially recognized as one of the 56 ethnic minorities.

They are Muslims and many leaders of the community have been imprisoned in China. Mass migration has said to have made the Uighurs a minority in their own Xinjiang region.

The Uighur diaspora is spread out all over the world, including Germany, Belgium, the Netherlands, Norway, Sweden, Russia, Afghanistan, Pakistan, Saudi Arabia, Canada, the U.S. and Turkey.