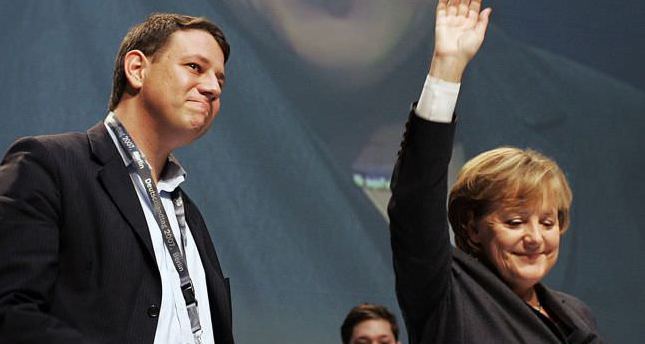 by AA
Nov 27, 2014 12:00 am
Senior German lawmaker Philip Missfelder has expressed his happiness in his 2015 budget speech to the German Parliament that Germany has adopted a "red line" approach towards the PKK which has claimed more than 40,000 lives in Turkey.

Addressing the Bundestag on Wednesday, Chancellor Angela Merkel's foreign-policy spokesman Missfelder said: "I am very happy that we have a red line towards PKK and also we have not put any weapons at PKK's disposal against the Islamic State of Iraq and the Levant."

Germany is sending weapons to Kurdish forces known as peshmerga in northern Iraq and at least 32 high-ranking peshmerga fighters have been sent to Germany's state of Bavaria for weapons training.

Germany has also sent military supplies and equipment worth 70 million euros to the Iraqi Kurdish Regional Government for fighting against ISIS.

"We need our ally Turkey as a key in the Middle East," said Missfelder, adding that Germany should take Turkey's warnings over the PKK into consideration.

The PKK has waged a three-decade insurgency in Turkey and is listed by the U.S. and the European Union as a terrorist organization.