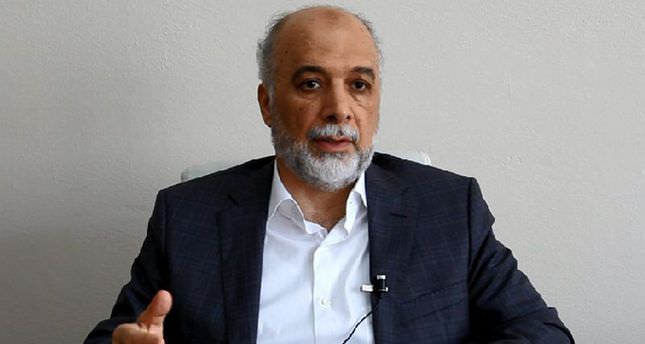 by daily sabah
Nov 27, 2014 12:00 am
Latif Erdoğan, once a close companion of the Gülen Movement's leader, Fethullah Gülen, claimed that the group's real purpose behind the operations it conducted against the government was to topple it and replace it with an Islamic state. He delivered the assertion in a written statement taken as part of an investigation into the movement.

A former committed member of the Gülen Movement and now an opponent distant from the movement, Erdoğan made striking comments as he presented a 26-page statement to the prosecutor's office as part of a probe into offenses by the movement, including illegally wiretapping government officials, attempting to topple the government, political spying and crimes that extend to treason.

Referring to the Gülen Movement, which is accused of having infiltrated key government bodies including the police and judiciary with the aim of toppling the elected government, Erdoğan said: "Fethullah Gülen's purpose is to overtake the state and its institutions. He aims to establish an Islamic state by doing so."

Erdoğan, noting that he now deems the movement as a terrorist organization, said the operations that were conducted on Dec. 17 and Dec. 25 were an attempted coup and if the operations had ended in success, the Turkish State would have been overthrown. He also added that all the efforts to infiltrate state institutions have the primary purpose of forming an Islamic state led by a modernized caliphate.

He added that the group was no longer a detached movement and is, in fact, according to him, dependent on international authorities for crucial decisions. Erdoğan said the operations in question were also backed by these international powers.

"Thanks to the Turkish people, they could not reach their goal of overthrowing the government. Their plan fell apart as society embraced the state," he said.

Highlighting that the movement came under the control of intelligence services such as the U.S.'s CIA and Mossad, Israel's spy agency, the movement's fundamental target was to satisfy the "superior mind" that plots the movement's offenses and spread their ideology around the world. He said intelligence services like the the CIA and FBI, had delivered various tutoring sessions at institutions belonging to the movement.
Another stunning claim made by Erdoğan was that he had heard that Fethullah Gülen regretted the timing of the Dec. 17 operation while speaking to his entourage. Erdoğan claimed that if the operation had been successful, Gülen would have come back to Turkey from the U.S. where he resides in self-imposed exile.

"The failure also belongs to the U.S. and Israel, since they are behind it." Erdoğan further claimed.

A renowned columnist and former member of the Gülen Movement, Hüseyin Gülerce, also recently spoke out against the movement after he parted ways from an affiliated daily where he had worked as a journalist. In line with Erdoğan's comments, Gülerce also deemed the operations conducted by the movement as an attempt to topple the government.

Fethullah Gülen leads the Gülen Movement, which has charter schools and organizations in hundreds of countries around the world. The movement is currently accused of attempting to infiltrate state institutions including the police and judiciary as well as unlawfully wiretapping thousands of journalists, politicians, top secret state meetings and encrypting phones belonging to government officials.

Prime Minister Ahmet Davutoğlu and President Recep Tayyip Erdoğan have made it clear that infiltrators will be held accountable for their betrayal and attempts to take over the state through a coup. Currently, dozens of members of the Gülen Movement in the police force have been arrested while more arrests are expected as police interrogate several other suspects and conduct an investigation into numerous institutions including the police department and Telecommunications Directorate (TİB).