Justice Minister: Gag order in accord with law 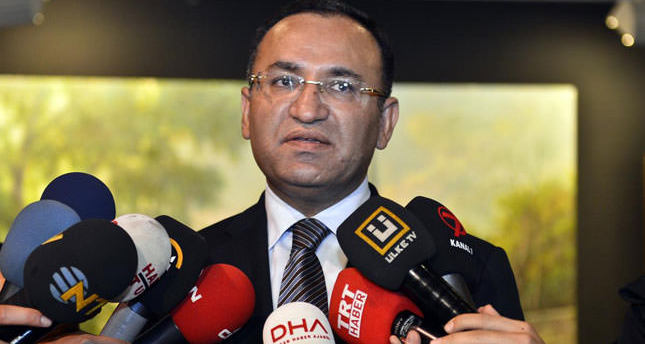 by daily sabah
Nov 27, 2014 12:00 am
Regarding the gag order on the parliamentary commission of inquiry established to investigate four former ministers accused of corruption during the Dec. 17 operation, Justice Minister Bekir Bozdağ said on Wednesday that the main reason behind the ban is to gather evidence in a healthy way and to prevent a possible smear campaign against the investigation and those involved in it.Saying that the gag order is in accord with the Constitution, Bozdağ said, "The parliamentary commission is conducting a probe into the former ministers. The investigation is confidential as the criminal procedure suggests.

To publish the scope of an investigation, which needs to be confidential, in dailies destroys confidentiality."The decision has come under harsh criticism from opposition parties and some political figures, asserting that it is a crime and the commission has no right to demand the publication ban over the scope and details of the investigation.

The Turkish Journalists' Union and Press Council described the gag order as a censorship.On Dec. 17, 2013, the Financial Crimes and Battle Against Criminal Incomes department of the Istanbul Directorate of Security detained 47 people, including government officials as well as prominent businessmen as part of an investigation led by a prosecutor allegedly affiliated with the Gülen Movement.The Gülen Movement is seen as a national threat by the government since the movement is accused of wiretapping thousands of people including Turkish government officials, encrypting phones and allegedly holding posts in state institutions with the aim to overthrow the government. The movement is led by retired imam Fethullah Gülen who lives in self-imposed exile in the U.S.