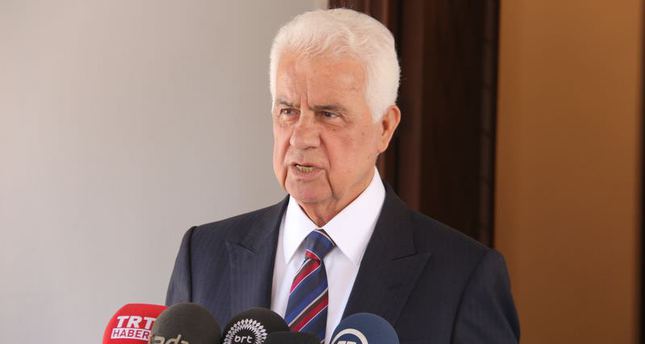 by AA
Nov 27, 2014 12:00 am
The President of the Turkish Republic of Northern Cyprus said on Wednesday that there cannot be another 50 years without a solution on the island.

"Turkish Cypriots want a solution and we cannot put a hold on their wishes for too long," he said.

Eroğlu also commented on Greek-Cypriot leader Nicos Anastasiades' call on Turkey to withdraw vessels from Cyprus, saying that this was a unilateral move by the Greek-Cypriot administration.

The Greek-Cypriot administration suspended the most recent talks with the Turkish Republic of Northern Cyprus over the island's future on October 7, after Turkey sent an oil and gas research vessel on a mission off the Cyprus coast.

The move to send a research vessel, with two navy ships, was intended to show that Turkey objected to the Greek Cypriot administration's plans to unilaterally exploit hydrocarbon resources off the island.

Both Turkey and the Turkish Republic of Northern Cyprus have called for a fair division of such resources between both sides.

The President of the Turkish Republic Northern Cyprus also said the Greek Cypriot leader Anastasiades will go to New York for treatment and that negotiations cannot start for at least another month, "not in his condition."

Anastasiades' nose started to bleed ahead of a European Council meeting on October 23 and he was rushed to hospital, but was later released.

"The important thing is that the Greek Cypriots come back to the negotiating table with a will to find a solution," Eroğlu said.