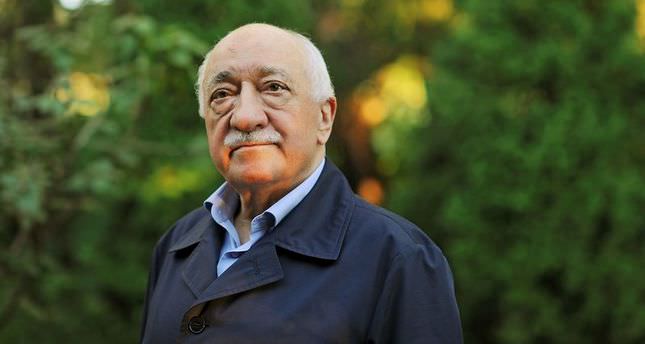 by Ragıp Soylu
Nov 30, 2014 12:00 am
In the symbolic war between Turkey and the Gülen Movement, an announcement from the U.S. last week destroyed one of the key allegations from the December 17 operation that targeted then Prime Minister Recep Tayyip Erdoğan, his government and entourage, portraying them as sponsors of terrorism.

A political conspiracy under the cover of a corruption probe was implemented in December 2013 and Erdoğan and his family's personal relations with businessmen were used as a tool to present Turkey as a state that was sponsoring terrorism. The Gülen Movement, led by the Pennsylvania-based retired imam, Fethullah Gülen, has a sizeable influence in the judiciary and police force and sparked public outrage after their attempt to redesign the political structure in Turkey and weaken the international image of its elected leaders by levying baseless allegations.

One of the allegations widely circulated in dailies affiliated with the movement, was President Erdoğan's personal relationship with the Saudi businessman, Yasin al-Qadi, who was listed by the U.S. Treasury as a special designated global terrorist after the September 11, 2001 attacks because of his professed connection to Osama bin Laden back in 1999. The U.S. Treasury's Office of Foreign Assets Control (OFAC) last week removed Qadi from this list after a thorough investigation and careful consideration of information available to the Treasury and released a statement: "OFAC has determined that the circumstances resulting in [Qadi's] designation no longer apply. The decision is based entirely on an evaluation of [Qadi's] current circumstances."

The daily Today's Zaman, which is almost an official English publication for the movement, has published over 80 stories since December 2013 claiming Erdoğan had been financing the Saudi businessman with ties to al-Qaida through government contracts and commissions. Although Qadi had subsequently cleared his name in Switzerland, the EU and U.K. and from the U.N. Security Council's terrorism sanctions list, Gülenist dailies used his controversial status in the U.S. to present a different picture of Erdoğan, a NATO country leader who was not reliable in the war on terror.

"Senior officials at the U.S. Department of Treasury including Secretary Jack Lew and Under Secretary for Terrorism and Financial Intelligence David S. Cohen must be in the crosshairs of Turkish President Recep Tayyip Erdoğan and his loyalist public prosecutors," wrote Today's Zaman Ankara representative, Abdullah Bozkurt, last September. The article was part of the series of pieces by Bozkurt last year that said the U.S. should be angry with Erdoğan because of his "support" for Qadi. Bozkurt and his comrades pushed to misrepresent Erdoğan in the eyes of their foreign readers for a long time in the midst of great turmoil in Syria and Iraq.

Despite international pressure to change its standing in Syria, Turkey defied calls to conduct direct military action against the self-proclaimed Islamic State of Iraq and al-Sham (ISIS) without having a clear strategy both against the terrorist organization and the regime of President Bashar Assad. This attitude irritated the administration of U.S. President Barrack Obama, especially during the Kobani siege. Seeing the soft spot between allies, the Gülen Movement, which owns over 145 charter schools in the U.S. as well as a number of grassroots organizations with extensive finance capabilities, aimed to influence U.S. officials and congress to pressure Erdoğan on this front. But months of efforts were dashed in a day after the U.S. Treasury removed Qadi's name from its terrorist list.

The irony of fate is that the Gülen Movement is now considered as a national security threat by Turkey's National Security Council after its record breaking 10-hour meeting. "The fight against parallel structures and all other illegal formations that assume a legal posture, both domestic and foreign, will be maintained with determination," the statement from last October said.