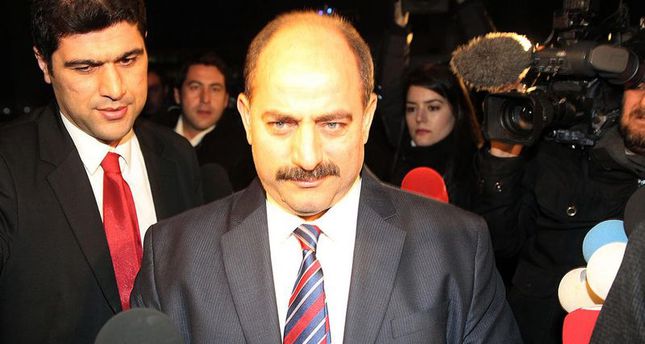 by Daily Sabah Dec 11, 2014 12:00 am
Zekeriya Öz, a prosecutor affiliated with the Gülen Movement, did not appear in the first hearing of the trial in which he is charged with insulting and threatening then prime minister and current president, Recep Tayyip Erdoğan, through tweets he shared on social media.

A criminal lawsuit was filed against Öz on Oct. 29 for threatening and insulting Erdoğan via his Twitter account regarding the Dec. 17 and Dec. 25 operations allegedly orchestrated by members of the Gülen Movement in an attempt to topple the government.

After the investigation implicating government officials in corruption became public on Dec. 17, Öz wrote on his Twitter account: "No one should desire dictatorship after the last century. His end will be like Saddam and Gadhafi. No matter who adopts lawlessness pays the price," alluding to Erdoğan. Öz posted another tweet soon after, asserting that everyone knows the end of those who attempt to rule a state with tyranny.

Öz's trial began on Thursday but he did not appear in court for the first hearing. Erdoğan's lawyers, Ali Özkaya and Burhanettin Sevencan, were in attendance, but Öz and his lawyer did not attend the hearing, with Öz's lawyer submitting a written statement to court instead.

Reportedly, Öz petitioned the court to make his defense in writing. The case was adjourned until Feb. 5, 2015, both to receive Öz's written defense and other documents.

Öz's indictment was prepared by Celalettin Şimşek of the Düzce Public Prosecutor's Office. The indictment claims that Öz, although refraining from mentioning a name, levied insults against a "public officer" via his Twitter account that harmed the reputation and honor of the prime minister. Şimşek demanded Öz be punished for the offense.