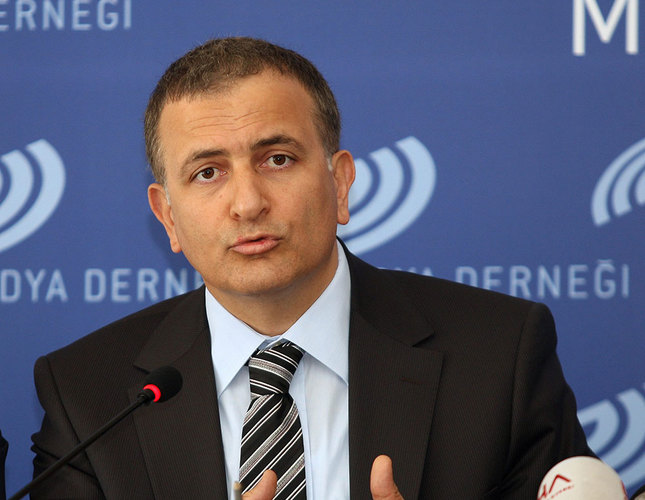 by Daily Sabah Dec 12, 2014 12:00 am
In his column published on March 7, 2011, Gülen Movement's Zaman daily editor-in-chief Ekrem Dumanlı penned a column titled, "So the junta doesn't have an arm in the media?" in which he commented on the Ergenekon case that was investigating an attempted coup against the government.

In his column, Dumanlı defended the imprisonment of three journalist, including Nedim Şener, who claims his years of imprisonment was the result of writing a book that exposed the misconduct of Gülenist police officers.

"The title of this article may prompt some people to hastily think that I am blaming Soner Yalçın, Nedim Şener and Ahmet Şık from the get-go. But I am not. Just as it is wrong to declare someone guilty without due process, it is wrong to declare someone innocent without sufficient information. When certain journalists were arrested during police operations last week, a significant portion of the media was in uproar. Using the concept of freedom of press, people argued that journalists were being suppressed, that the Ergenekon investigation had gone overboard and that Turkey was turning into a police state. Do these people who make such harsh criticisms have any concrete information, document or evidence in their hands? No," Dumanlı wrote.

Dumanlı then contradicted his words yesterday when he spoke to Gülen Movement-affiliated TV channels outside the Istanbul courthouse in the district of Çağlayan. Dumanlı accused the government of organizing a raid that targeted the media; yet, despite what the Gülenist social media phenomenon claims, no operation was launched.

"Everybody [not only journalists] should be opposed to individuals being probed over their journalistic activities; however, if acts that cannot be considered as journalism activities are in question, then turning journalism into a shield cannot be allowed. Turkey has for a long time been subject to a psychological operation," Dumanlı said in his column published in 2011.

Dumanlı and many other Gülenist journalists are accused of being part of the alleged coup attempt against the government in 2013. Their critics accuse them of using their profession as a shield to protect themselves.

"What I would like to say is that not every journalist in this country is actually a journalist. Not every journalist chases stories. To some, the difference between journalism and being an informant can readily be dismissed. This is why we don't need to rush. There is no need to panic. The indictment will be finalized and, as necessitated by the norms of an open society, we will see everything in all its clarity," Dumanlı said in the column that he wrote three years ago.