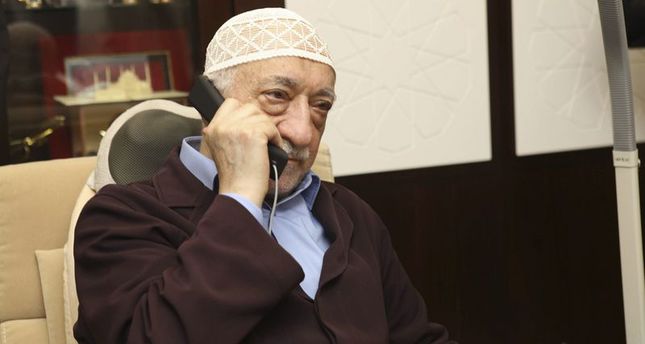 The U.S. Embassy in Ankara questioned the credibility of the charges against the so-called Tahşiye group in 2010, arguing that the case was launched by the Gülen Movement to crush a rival group, according to documents leaked by Wikileaks

After the operation carried out by the Istanbul Public Prosecutor's Office in which 27 people, including police officers and media staff with alleged links to the Gülen Movement, were detained on Sunday, more striking details are coming to light about illegal activities related to the movement.

Police launched an operation throughout the country targeting al-Qaida members on January 22, 2010. The operations carried out by police officers close to the Gülen Movement also allegedly included raids on a branch of the Nur Movement called Tahşiye. This group is known for its opposition to the Gülen Movement and its claims, like the Gülen Movement, to follow respected late Islamic scholar Said Nursi. In these operations, 122 members of the Tahşiye group were detained and its leader, Mehmet Doğan, was imprisoned for 17 months.

However, documents from WikiLeaks related to the aforementioned operation show that the Tahşiye group has no link with al-Qaida, and the operation was actually launched to suppress the group.

According to a report published in the Yeni Şafak daily on Tuesday, operations carried out on January 22, 2010 later appeared recorded in some documents from WikiLeaks. Sent from the U.S. Embassy in Ankara five days after the operation, the document, written by former U.S. ambassador to Ankara, James Jeffrey, says: "The suspects are not actually believed to have ties to al-Qaeda, based on liaison with the Turkish National Police and other Turkish security agencies."

Jeffrey also stressed that the name "al-Qaida" was being used by police and media as a catch-all term for Islamic radicals regardless of their organizational affiliation.

As a matter of fact, other documents from WikiLeaks in which correspondence between Turkish and American officials took place also back what Jeffrey said about the use of the term "al-Qaida" by the police and media in Turkey. On July 19, 2010, during a conversation by Turkish and American officials of Stratfor, a U.S. publisher and global intelligence company, an American official underlined his frustration that the Turkish press is not very careful with differentiating between "the al-Qaida core" and "the grassroots militants who merely ascribe to jihadist ideology."

Meanwhile, five of the 27 suspects detained under the investigation ordered by Istanbul Chief Public Prosecutor Hadi Salihoğlu with the allegation of fabricating crimes on behalf of a terrorist organization, were released on Monday.

The government subsequently denounced the probe as a "dirty plot" constructed by a "parallel structure" - an alleged group of bureaucrats embedded in the country's institutions, including the judiciary and the police, faithful to Gülen Movement led by Fethullah Gülen, a U.S.-based cleric who lives in self-imposed exile.

Since then, hundreds of police officers have been detained on charges of eavesdropping on top officials, revealing top secret information, forming and belonging to an organization designed to commit crimes, violating privacy, illegally seizing personal information and forgery of official
documents.