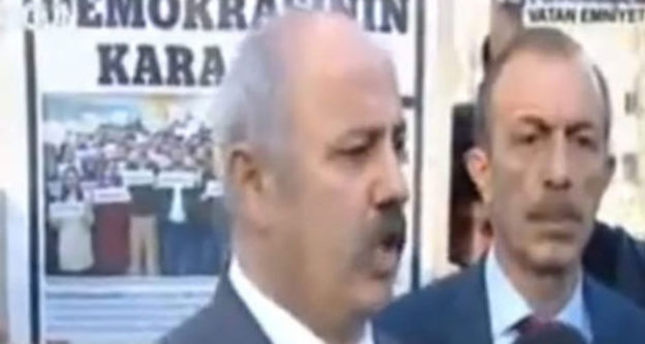 by Daily Sabah Dec 18, 2014 12:00 am
The deputy chairman of newly-founded Gülen Movement-linked Democratic Progress Party (DGP), Kani Kudu, called on the Constitutional Court to dismiss the ruling Justice and Development Party (AK Party) in an attempt to divert the December 14 Tahşiye operation in which alleged members of the Gülen Movement in the police and media were detained.

These remarks were interpreted as a move to prevent more detentions of members of the movement believed to have infiltrated key government institutions.

Commenting on Kudu's demand, law experts stated that the Constitutional Court legally does not have an authority to dismiss a government.

The Gülen Movement, led by Fethullah Gülen, who lives in self-imposed exile in the U.S., is seen as a national threat to the state by the government, which accuses it of wiretapping thousands of individuals, including senior government officials, and allegedly infiltrating state institutions to overthrow the government.

Gülenist deputies who parted ways with the AK Party following the December 17 and December 25 operations, which allegedly aimed to oust the government, have taken their first steps toward establishing a new political party.

İdris Bal, an independent deputy, in November submitted a petition to the Interior Ministry for the establishment of the DGP. But the newly-established DGP has already been showing signs of failure, especially after the resignation of one of its founding members, Fevzi Bubilik, who said: "The party is far from a democratic environment." Additionally, during the Gülen Movement-linked party's first Turkish Grand National Assembly (TBMM) press conference, Bal addressed empty seats, which was mocked on social media.