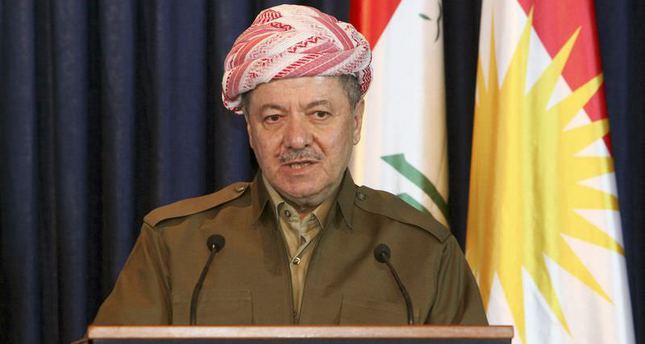 by Ayşe Şahin Jan 18, 2015 12:00 am
The Kurdistan Democratic Party (KDP) chaired by Kurdistan Regional Government (KRG) President Massoud Barzani has slammed PKK for holding a meeting with Yazidi Kurds on Mount Shengal in Sinjar, deeming the move an attempt to encourage Yazidis for a self-rule in the town.

The party officials assessed that the PKK were trying to impose a canton in Sinjar – a suggestion which had also previously been delivered by HDP leader Selahattin Demirtaş - as a means to divide the country, and made a strong case that the canton decision triggered by the PKK was disrespectful to the free will of the people of Sinjar.

The Islamic State of Iraq and al-Sham's (ISIS) weeks-long siege of Mount Sinjar was broken on December 20, 2014 after a successful operation of Iraqi peshmerga, backed by the U.S.-led international coalition. The victory came after three days of clashes in the town of Sinjar. But Peshmerga fighters were not able to capture the town completely.

According to the news on KDP's website, a meeting with Yazidis was held with the attendance of some representatives from PKK and Rojova, a Kurdish-majority area in northeast Syria, on Wednesday on Mount Shengal. Reportedly, the decision to form an executive board and six committees to be established were taken during the meeting as part of the aim to organize the Yazidis for self-rule. The KDP reacted harshly to the meeting deeming it an attempt to create a 'canton' in a strong statement it released over the issue.

Labeling the efforts as disrespectful to the KRG's judicial institutions as well as the people of Sinjar, the KDP made a firm statement in which it said that the attempts were an aggression on the sovereignty of Kurdistan region.

"This step is a forceful policy that aims for division in the country's territories. We call on political parties, non-governmental organizations and the public to react to this move. There will be no silence over this wrong and illegal policy, " the statement further said.

Sinjar, also known as Shingal, is a town in Iraq's Nineveh Province near Mount Shengal close to the border with Syrian Kurdistan, which Kurds call Rojava. Its population in 2013 was estimated at 88,023. The town is mainly inhabited by Yazidi Kurds with Arab and Assyrian minorities.