Gülen’s cancellation of passport conveyed to U.S. as Turkey demands his extradition 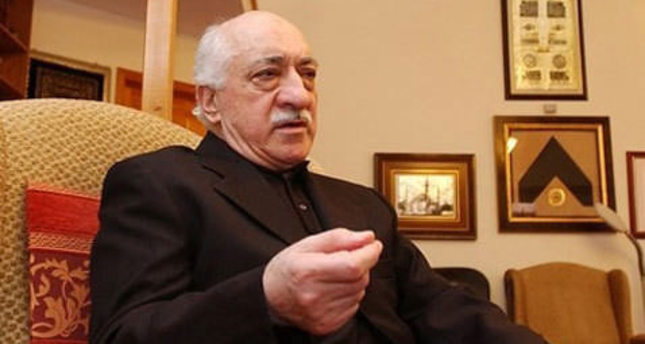 by Daily Sabah Feb 03, 2015 12:00 am
Turkey has submitted information to the U.S. saying that the green passport of Fethullah Gülen, who resides in exile in Pennsylvania, was cancelled after findings revealed that the passport had been obtained with certain irregularities. It is now up to the U.S. to decide whether or not to allow Gülen's extradition, which has long been sought by Turkish government officials.

The "parallel structure," is a euphemism coined by a ruling Justice and Development Party (AK Party) official in reference to the Gülen Movement, which was discovered following the Dec.17 and Dec. 25 operations, and which were allegedly orchestrated by the movement in an apparent attempt to topple the elected government. Government officials gave the go-ahead for the extradition of Gülen, who they believe is behind the illegal activities which the movement's members have been accused of.

The State Council said: "Gülen had given false information and mislead government officials in order to obtain a green passport."
Gülen has now become an illegal immigrant with no passport in the U.S. where he currently resides, and reportedly has not applied for a renewal or change for his canceled passport.

Gülen had an arrest warrant issued for him before his passport was cancelled. The request filed by an Istanbul prosecutor following the Dec. 14 Tahşiye operation said: "the suspect Fethullah Gulen, leader of a criminal organization known as the 'Hizmet' movement, which was structured unlawfully in economic and bureaucratic institutions, has not returned to the country since he left in 1998."

American law experts are of the opinion that the U.S could launch the process of extraditing Gülen and invalidating his green card once they find that there similar irregularities were involved in obtaining the card.

Speaking to Anadolu Agency, an American lawyer with expertise in "red notices," said that if it is proven that a person gave false information in his application for a green card, the interior security ministry of the U.S could launch a process to take it back.

Another lawyer, who is an expert on matters concerning immigrants, Efe Poturoğlu, said that the U.S. government has the right to take back green cards only after an investigation has been launched and the holder is found guilty of wrongdoing.

Another lawyer, Anis Saleh, who has awards in the field of immigration, said: "Lying only to Turkish officials while gaining a passport is not reason enough for a deportation, but if misinformation is given while applying for a green card, and the lie that is told effected the decision to grant the applicant the card, then the government can launch the process of deportation.

The experts also commented on the request of a Red Notice issued for Gülen, underscoring that Interpol bulletins are just briefings and the notices do not necessarily mean a hand over of the suspect to the demanding party.

"What really matters is the treaty between the two countries and its content."

"The Treaty on Extradition and Mutual Assistance in Criminal Matters between the United States and the Republic of Turkey" was signed in 1979 and came into effect on Jan. 1, 1981.