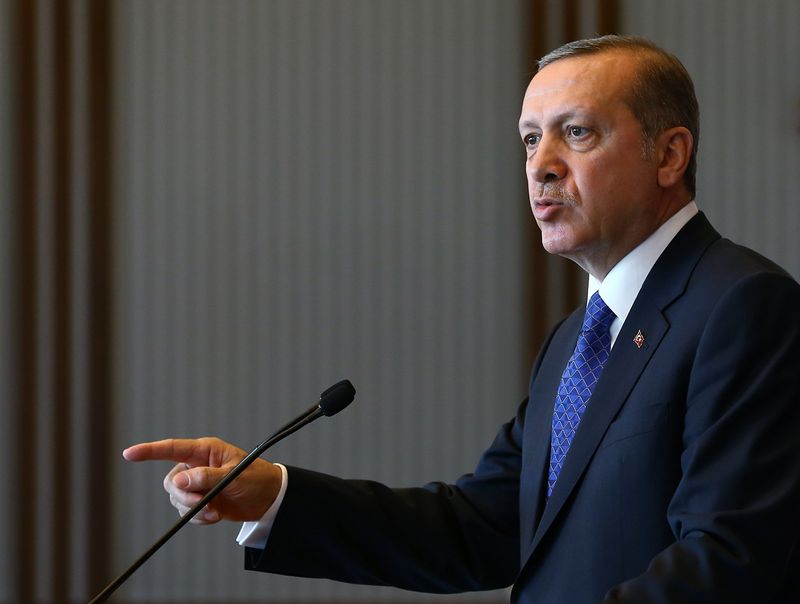 by Daily Sabah Mar 08, 2015 12:00 am
President Recep Tayyip Erdoğan dismissed the main opposition Republican People's Party (CHP) allegations that the government was to shut down the main opposition and reminded the ruling Justice and Development Party's (AK Party) efforts to make constitutional amendments to prevent the party closure in previous years.

"When we wanted to make the constitutional amendment in 2010, they [opposition parties] left Parliament. Some of our [AK Party] members betrayed us by leaving the Parliament. We did not pass the amendment since we it did not garner 330 votes," said the president in an attempt to explain that he opposes party closure.

CHP leader Kemal Kılıçdaroğlu on Wednesday claimed that certain groups and individuals were preparing to shut down the main opposition party and added that he knows preparations are underway and who is making these preparations.

"Some parties asserted that there are political operations to shut them down. I found [those allegations] ugly," said the president.

Yet, he continued his speech by saying that the CHP only aims to create a political argument before the June 7 general election.

Commenting over the party closure issue, Prime Minister Ahmet Davutoğlu said that there is no party closure where democratic politics exists.
Similarly to the president, the prime minister also called opposition parties, especially the CHP leader, to make the necessary constitutional amendments to prevent party closure.

Arınç, in an interview aired on NTV channel, said the allegations made by the opposition parties seem like a ploy to be used as a political argument ahead of the upcoming general election.

The deputy prime minister said that to shut down a political party is as contrary to Turkey's democracy as to the AK Party.

The parliamentary spokesperson Cemil Çiçek also dismissed Kılıçdaroğlu's allegations and said that the period of party closure has been left behind in Turkey and it is incompatible with Turkish democracy.

The first claims that there are preparations to close the CHP down came by the controversial Twitter figure Fuat Avni, which is known to be a fabricated account affiliated with and used by the Gülen Movement to allegedly give exclusive information and share predictions that occasionally come true. The Gülen Movement is seen as a threat to national security by the Turkish state as they are accused of infiltrating top state institutions, including the police and judiciary, and wiretapping thousands of people including senior officials, journalists, actors, NGOs and others.