'There is no justification for violence against women' says President Erdoğan 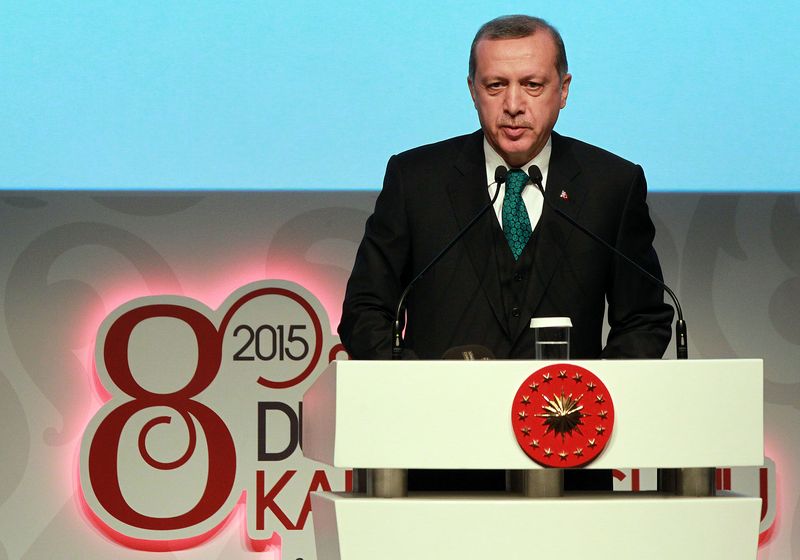 by Daily Sabah Mar 08, 2015 12:00 am
President Recep Tayyip Erdoğan said at a meeting organized by the Ministry of Family and Social Policies that Turkey is against every kind of violence against women, including physical, economic and symbolic.

He said no matter what their worldviews or ideologies are, Turkey defends all women's rights. Erdoğan made the comments on International Women's Day on Sunday.

"We stand by women, and will continue to do so," Erdoğan said. There are business people in Turkey who exploit women's labor, according to Erdoğan. "We will never let this labor be exploited. I also see this as a form of harassment," he said.

There are business people in Turkey who do not even "deem women worthy of the minimum wage," Erdoğan said. He continued: "Giving men a higher wage than women is not just and it is impossible to find peace in a place where there is no justice."

"As much as we stand up against domestic violence, we should also all together go against the unjust policies of the workplace," Erdoğan said.

According to Erdoğan, the use of women as marketing tools or as "showcase ornaments" is disrespectful to women themselves. "Exploitation of women's labor and bodies is another kind of violence against women," he said. "We will hopefully conduct more extensive work in the forthcoming period about these issues."

Violence against women does not only pertain to Turkey, but is a problem many countries face in the world, he said in his speech. He continued by saying that not only underdeveloped or developing countries in Africa and Asia face this issue, but also developed countries have similar problems. Therefore, Turkey needs to carry out work that will be undertaken to stop violence against women, considering the trends around the globe, according to Erdoğan.

Erdoğan is known for his firm stance against smoking. He said on Sunday, as is the case with the issue of smoking: "I will also follow up on the issue of violence against women with special care."

"I will follow up the work undertaken by the Ministry of Family and Social Policies with a team I will personally establish."

Erdoğan continued that whoever tries to justify violence against women through their beliefs, culture or customs is deceiving themselves, but that at the same time no one should put the burden of wrongdoings against women on the institution of the family.

He said: "Problematic habits regarding the institution of the family should of course be resolved, but it must not be forgotten that the strongest structure we should lean on for right habits to be imbedded is family."