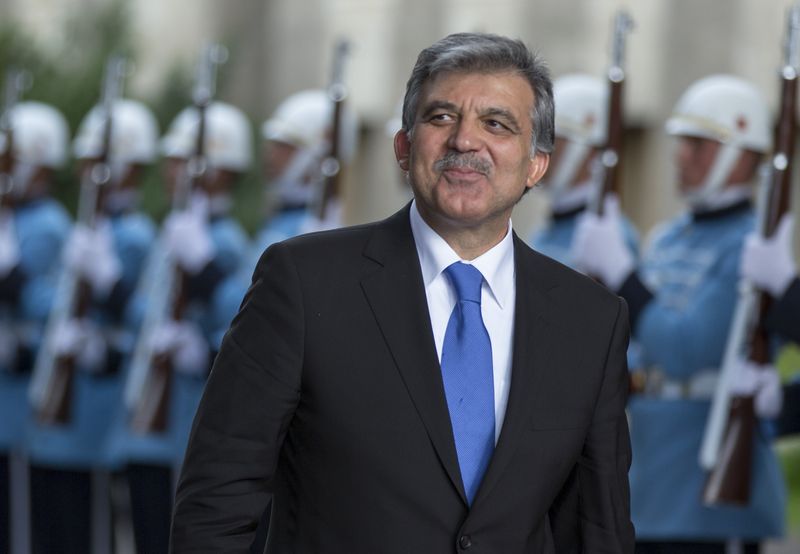 by Nurbanu Kızıl
Mar 10, 2015 12:00 am
Despite media claims that former President Abdullah Gül will not be running as a candidate in the upcoming general elections to take place on June 7, one of Gül's advisers denied the claims.

According to Taha Akyol's article in Hürriyet daily, the former president has told people in his close circles that he is planning to actively focus on foreign policy, issues related to the Middle East and relations between Turkey and the EU rather than taking an active role in politics. He intends to become a statesman who organizes meetings of a civilian nature, who expresses his views and meets with others on national and international platforms when necessary and who portrays a different, more civilian image.

It was reported that Gül is already receiving invitations to participate in international meetings and will attend those he deems suitable.

Gül has also said that he will be moving out of the Huber residence, where he moved after the end of his presidential term, and conduct his work from his new office.

Gül's return to the political scene in the upcoming general elections was brought up last week after President Recep Tayyip Erdoğan remarked that Gül's nomination as a deputy would be a positive development for Turkey. Prime Minister Ahmet Davutoğlu agreed with Erdoğan and said that Gül is always welcome to come back to the Justice and Development Party (AK Party) whenever he wishes and does not need an invitation.

Deputy Prime Minister Bülent Arınç also commented on Gül's potential return and said: "Gül is a very successful politician and I will greet his return with respect," adding that Gül could become a parliamentary speaker.

His term ended in August 2014 when the current president, Erdoğan, was elected.

Gül is one of the founders of the AK Party and had previously said that if he returns to active politics he would return to the AK Party.