Opposition chairman: CHP will not allow for privatization 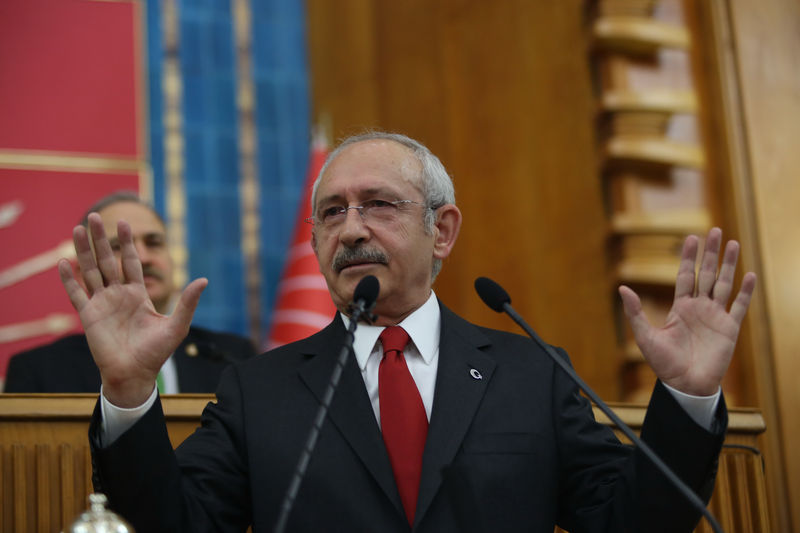 by Daily Sabah Mar 10, 2015 12:00 am
Kemal Kılıçdaroğlu, the leader of Turkey's main opposition Republican People's Party (CHP) has harshly criticized the government for the privatization of sugar factories in Turkey and, stated that CHP is not in favor of multinational companies such as Cargill Inc.

Speaking at his party's parliamentary group meeting on Tuesday, Kılıçdaroğlu slammed the government for its free market approach to the economy and pledged that if the CHP wins the elections it will not allow for the privatization of the sugar industry nor the participation of foreign companies in the sector, signaling that harsh restrictions would be imposed on certain areas of the economy through strict state control.

Economic statism, one of CHP's main principles known as "six arrows", was introduced in early 1930's in Turkey's single party period due to the failure of the young republic to boost its poor economy and industry that was hard hit by the Great Depression. After their initial success, however, state-run industries started to score huge losses on public funds' behalf, especially after Turkey's rapid switch to a market economy in the 1980s.

The worldwide cliché debate on state industries among the right and left has also found itself a place in Turkey. However, Turkish left, which seems to have been pioneered by the CHP for the last decade, has been unable to promote a solid economic policy since the end of Cold War, unlike its contemporaries Britain's Labour or Germany's SPD. Their mostly romanticized criticism of privatization leaves an outdated taste in the mouths of Turkish voters. Interestingly, CHP's economy policies do not even appeal to any of Turkey's economic classes. CHP has consistently opposed privatization of state-run industries, without coming up with a realistic and inclusive plan that would keep them as state industries while linking them with the global economic system.