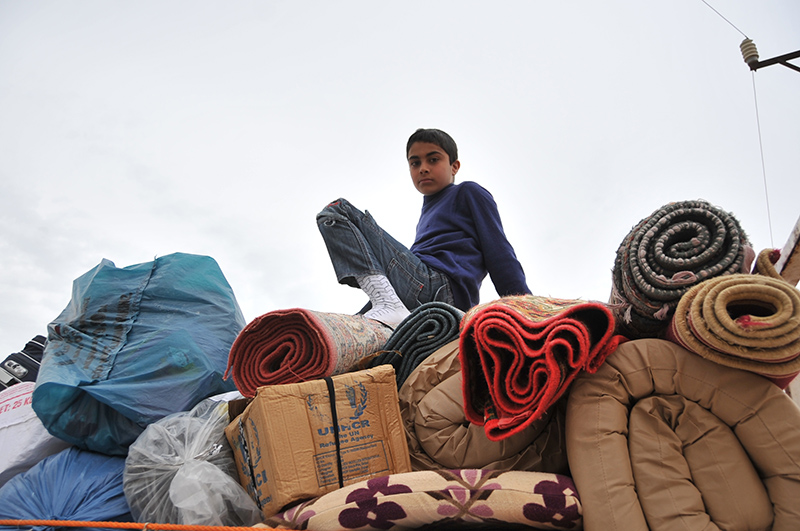 | Photo: AA
by Anadolu Agency Mar 12, 2015 12:00 am
Around 1,500 Syrian Kurdish refugees, mostly women and children, returned from Turkey to the Syrian town of Kobani on Wednesday.

The refugees crossed the border from the Mürşitpınar border gate, located in the southern district of Suruç, after officials checked their identity papers. A registration system for the refugees was made by the Disaster and Emergency Management Authority (AFAD).

Refugees are allowed to cross back into northern Syria at least three days every week.

Some 200,000 Kobani residents rapidly fled to Turkey's neighboring town of Suruç in Şanlıurfa province in one week in early October.

Syrian Kurds regained Kobani – close to Turkey's southern border – in late January after months of fierce fighting against the Islamic State of Iraq and al-Sham (ISIS) that pushed out almost all of the area's population.