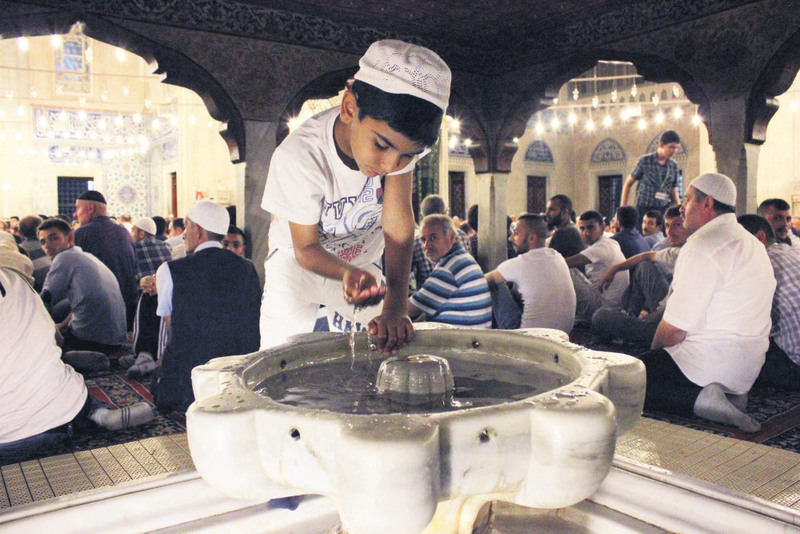 Şahİn Ciner, a candidate nominee for the 2015 general elections from the Republican People's Party (CHP), has pledged that the party will dramatically decrease the number of İmam-Hatip schools, prohibit the call to prayer through loudspeakers and abolish the Presidency of Religious Affairs (DİB) and replace it with a secular institution.

Speaking in a televised interview on the pro-CHP Halk TV, Ciner made remarks about some of Turkey's most sensitive issues and signaled that the CHP would try to strip Turkey of its religious identity by removing the DİB, muting the call to prayer and preventing İmam-Hatip students from attending universities by strictly confining them to attending faculties of theology after graduating from high school.

Ciner said that the DİB must be abolished, arguing that believers should not impose their own beliefs on other people. "The CHP must put an end to this" he said, adding that the "reason for the establishment of [DİB] was not to serve the interests of Muslims." He argued that the DİB as an institution was exploitative, and that his party would seek to abolish the Islamic identity of the DİB if they come to power. He said they would create another institution that does not have a religious identity and is led by someone who has never publicly revealed his religious identity. "The [DİB] must be completely transferred to associations responsible for protecting and building mosques," Ciner said.

Expressing his discomfort about İmam-Hatip schools – literally imam and preacher schools – in Turkey, which focus on a curriculum with theological lessons, Ciner pledged that the CHP would try to decrease the number of such schools. He underlined that both himself and the party were disturbed about the rise of İmam-Hatip schools in Turkey and suggested that they should be privatized.

"These schools should only exist to train students for theology programs in universities," he said, while he promoted the coefficient system that was imposed during the Feb. 28 postmodern coup era, in which university placement scores from graduates from İmam-Hatip high schools were subject to a coefficient system equivalent to that applied for vocational schools, putting hundreds of thousands of students at a disadvantage.

İmam-Hatip schools, which offer a mixed curriculum of Islamic theology and non-religious subjects, have long been targeted by Turkey's secular elite, which has been at odds with conservatives. In the late 1990s, İmam-Hatip students were forced to drop out of school and were denied admission to universities by a deliberate decrease in high school grades.

Some 99.8 percent of Turkey's population nominally identifies as Muslim. In recent years, the government has taken numerous initiatives to grant more rights to Turkey's ethnic and religious minorities through a series of democratic reforms. Currently on the government's agenda is the Alevi opening, which aims to grant more recognition and rights for Turkey's Alevi community.
Last Update: Mar 12, 2015 1:11 am
RELATED TOPICS