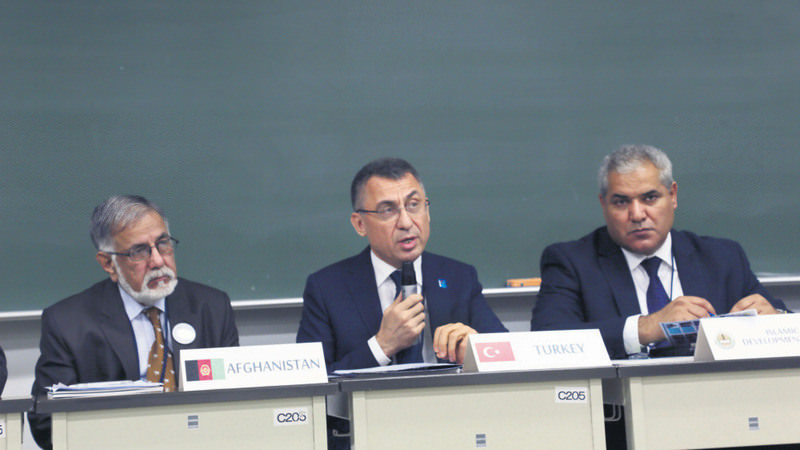 "There are increasingly coordinated efforts to reduce disaster risks through bilateral, regional and international cooperation and partnerships, but a staggering world economy, widespread concerns over food and energy insecurity and global climate change seriously challenge progress toward sustaining prosperity in many developing country," the organizers said.

SESRIC Director-General Savaş Alpay, who recently authored a report on disaster and conflict management in OIC countries, delivered the opening speech at the event. "When people think of OIC countries, they think about oil and gas. According to our research, however, the most important asset of these countries relates to their demographic structure. We have a very young population, which means that we will need to invest more heavily in education," he said.

Adam Bouloukos, who serves as the director of the UNISDR, pointed out that it was important to hold a panel discussion on disaster risk reduction in low-income countries in Japan, a country with vast experience in this area. "An issue in the OIC countries is to engage young people and others in a very complex dialogue about disaster risk reduction, but there is also quite a lot of expertise available in this part of the world," he said.

Reflecting on AFAD's humanitarian operations in nearly 50 countries, most of which are currently dealing with financial challenges, Oktay argued that a range of risk factors, including legislative and institutional problems and a lack of infrastructure and low maintenance capacity, have a negative effect on efforts to build disaster resilience in low-income countries.

"Representing Turkey in many places, we discovered that people do not see us as aid providers but as one of them. When AFAD relief workers visited an Ebola treatment center, the first thing that medical professionals on the ground told them was that the Turkish delegation, unlike others, did not just deliver the goods and leave, but instead walked the extra mile to stand side by side with the volunteers risking their lives on a daily basis. We had the same experience in Somalia, Iraq and Syria, among other places," he said. "This is exactly why Turkey has worked with many low-income countries very effectively."

Since its establishment in 2009, AFAD has coordinated Turkey's response to natural, man-made and technological disasters at home and abroad including a huge influx of Middle Eastern refugees whose numbers have reached 1.7 million according to official data. The agency manages a network of 25 state-of-the-art refugee camps in the country where over 260,000 people enjoy access to housing facilities, healthcare, education and psychological support.
Last Update: Mar 18, 2015 1:46 am
RELATED TOPICS