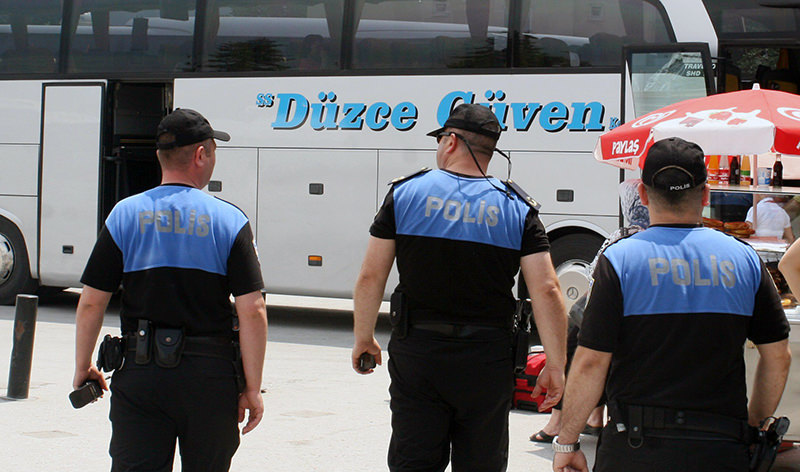 by Daily Sabah Mar 18, 2015 12:00 am
The Turkish police have set up a special team and a risk analysis system for spotting foreign fighters seeking to join the Islamic State of Iraq and al-Sham (ISIS) by traveling through Turkey.

Turkey has ramped up efforts to hamper the flow of foreign fighters aiming to join ISIS ranks. A special system, along with a team, has been formed in the National Police Department, which keeps tabs on transfer points such as airports, terminals, bus stations and rental car companies.

A woman of British origin who aimed to cross into Syria from Turkey was caught in Ankara thanks to the risk analysis system and special teams, without any intelligence from Britain. Spotted by Turkish security teams, the woman was later deported.

Almost a quarter of foreign fighters who have recently been recruited by ISIS are European citizens. According to data released by the EU's law enforcement agency, Europol, it is estimated that there are between 10,000 and 12,000 foreign fighters in ISIS.