US general Allen: 'Position on Assad has not changed' 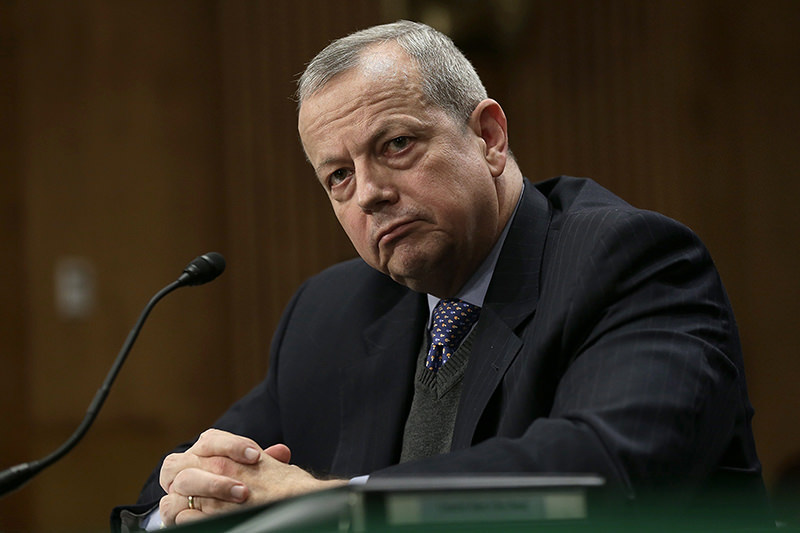 by Anadolu Agency Mar 18, 2015 12:00 am
U.S. President Barack Obama's special presidential envoy for the global coalition against the Islamic State of Iraq and al-Sham (ISIS), General John Allen, has said the country's position on Syrian President Bashar Assad "has not changed."

Allen was speaking during a meeting with Foreign Ministry Deputy Undersecretary Feridun Sinirlioğlu late on Tuesday in Ankara.

The general's comments come amid a sharp difference of opinion between Ankara and Washington after U.S. Secretary of State John Kerry said in TV interview earlier this week that there could possibly be talks with Assad.

According to a press release by the U.S. Embassy in Ankara on Wednesday, Allen and the deputy special presidential envoy for the global coalition to counter ISIS, Brett McGurk, discussed the shared efforts to degrade the terrorist organization.

"General Allen reiterated that the United States' position on Assad has not changed," the statement said.

"The United States believes that he has lost all legitimacy to govern, that conditions in Syria under his rule have led to the rise of [ISIS] and other terrorist groups and that we continue to seek a negotiated political outcome to the Syrian conflict that does not, in the end, include Assad," the statement said.

On Sunday, Kerry told CBS News that the U.S. would "have to negotiate in the end" with Assad.

"What we're pushing for is to get him to come and do that and it may require that there be increased pressure on him of various kinds in order to do that," Kerry said.

Turkey has opposed Kerry's suggestion of talks with Assad. "What is there to negotiate with Assad?" Foreign Minister Mevlüt Çavuşoğlu said Monday, adding: "His regime killed more than 200,000 people and used chemical weapons."