Turkey continues its efforts to hinder the flow of foreign fighters 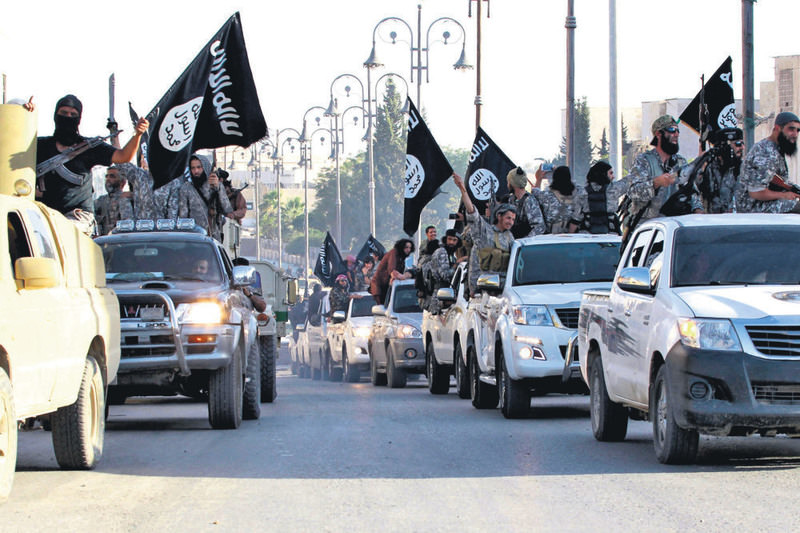 After introducing a specially authorized unit, that is solely tasked with stopping the flow of foreign fighters looking to join ISIS through Turkey, officials repeated calls for Western countries to increase intelligence sharing

As Turkey mobilizes all resources to prevent Western militants joining the Islamic State of Iraq and al-Sham (ISIS), three sons of an assistant professor, Şefik I., at a university located in Diyarbakır have crossed the border into Syria to join the terrorist group, according to local sources. As Şefik I. appealed to government officials in an effort to seek help to have his sons returned, the Police Department reported that the three brothers have already crossed the border into Syria. The National Intelligence Organization (MİT) also confirmed that the three have joined ISIS.

Although government officials have confirmed the number of Turkish citizens joining ISIS, Turkey's intelligence agency and security forces work in coordination to hinder the flow of foreign fighters as well as to continue to identify and deport those suspected of joining ISIS. According to official figures released in January, 10,000 people from 91 countries have been banned from entering Turkey, and 1,085 people from 74 countries were deported for similar reasons thus far. The numbers have increased since official figures were released two months ago.

Süleyman Bengi I., 19, a student in Hacettepe University Dentistry Faculty, reportedly left a note in his university dorm room urging his mother to distribute his belongings to the poor, as he also conveyed his two twin brothers Dilar and Dilşat along on his mission to join ISIS. Reportedly, once Süleyman and his brothers crossed the border to Syria en route to Iraq, he sent a text message saying, "We have found peace here, do not worry about us." While diplomatic efforts initiated by MİT continue to get the three brothers back safely from Iraq to Turkey, President Recep Tayyip Erdoğan stated during a press conference prior to his official visit to Ukraine on March 20, that Turkey is doing its part in efforts to hinder the flow of foreign fighters.

As the government has criticized its allies a number of times for failing to cooperate on intelligence sharing to prevent those planning to join ISIS from traveling, President Erdoğan stated that Turkey could not be accused of not doing its part to prevent the flow of foreign fighters.

"If no ally shares intelligence reports regarding foreign fighters crossing the border, then Turkey cannot be accused of not devoting effort. According to our Foreign Affairs Minister Çavuşoğlu, nearly 13,000 suspects have been banned from entering Turkey, while nearly 2,000 suspects were deported back to their countries of origin. These numbers indicate that Turkey is doing its part in efforts to prevent the flow of foreign fighters and will continue these efforts," Erdoğan added.

Despite rising Islamophobia caused by radicalism throughout the Europe, EU Minister and Chief Negotiator Volkan Bozkır said during his visit to Brussels on Friday, "Turkey is the antidote to radicalism, and Turkey's membership in the EU will play a big role in preventing radicalism and terrorism." As Bozkır also affirmed that Turkey is doing its part against foreign fighters, he added, "Sweden, also known as an amicable country, has 60 people joining DAESH – the Arabic version of the many acronyms for ISIS – while 500 people from France and another 500 from England have joined DAESH."

Bozkır continued his statements in Brussels by adding that nearly 40 million tourists visit Turkey, and he said, "It is difficult to identify who may visit as a tourist and who may be a terrorist unless their countries' intelligence cooperate to help in identification." He further emphasized the significance of Turkey's membership in the EU and its possible contribution towards fighting radicalism and terrorism in Europe.

In addition, India's Foreign Affairs Minister, Sushma Swaraj, reportedly asked for help from Turkey during Foreign Minister Mevlüt Çavuşoğlu's official visit to India to get 40 Indian men - who were reportedly abducted by ISIS in June of 2014 during the evacuation from Mosul - back to India safely.

The police department's counter-terrorism unit, intelligence unit and airport security teams have cooperated in sending back hundreds of foreigners who they consider to be a security risk. Sources say that attempts to join ISIS continue to rise into March. A total of 34 foreigners who arrived in Turkey in the past two weeks were questioned by profiling experts after their arrival.

Those deported were of different origins with an age varying from 15 to 35. The suspected foreigners claimed that their purpose of visit was work-based, tourism or visiting friends or relatives, but security forces who had suspicions about the possibility of them joining ISIS sent them back to the countries where they had traveled from.
Last Update: Mar 20, 2015 9:57 pm
RELATED TOPICS