Police chief victimized by Gülen Movement to return to post 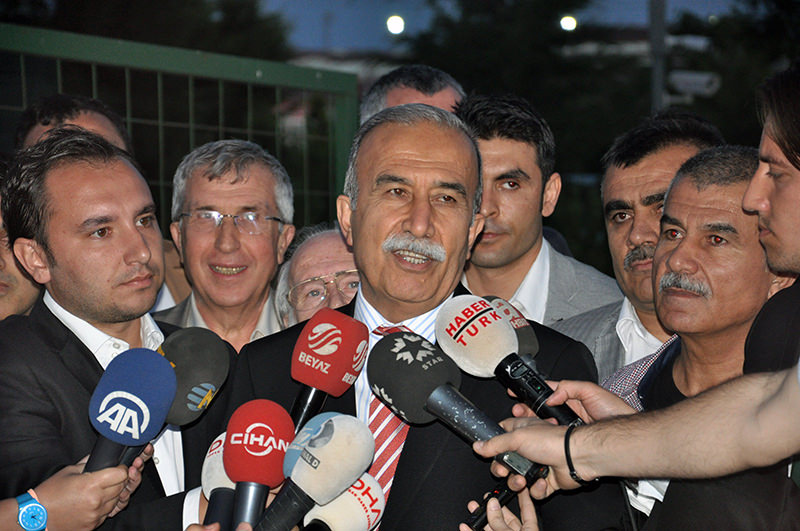 Photo: IHA
by Daily Sabah Mar 23, 2015 12:00 am
Hanefi Avcı, who was sentenced to five years and seven months in prison on charges of aiding a leftist terror organization and its members as part of the Revolutionary Headquarters Organization trial in 2010 and later released in 2014 by the top court's decision, could find the opportunity to return to his post following the decision of the 14th Administrative Court of Ankara.

The court found that Ankara Governor Mehmet Kılıçlar's signing of both the document for commencing the investigation and the decision to remove Hanefi Avcı as against the law. The court said that somebody cannot both accuse and be the undersigned for the document of accusation at the same time and reversed the judgment in terms of mispleading. This decision also constitutes a precedent for the judiciary.

By this decision of the court, the way for Avcı to return to his post has been paved.

Avcı was imprisoned after publishing a book, titled "Haliç'te Yaşayan Simonlar" (Simons living on the Golden Horn), in which he criticized the Gülen Movement and claimed to reveal the extent of the Gülen Movement's alleged infiltration of the police. In the book he says members of the Gülen Movement went as far as intervening in intelligence activities by illegally raiding trucks used by the National Intelligence Organization (MİT). He said that they are influential in the judiciary and police and that it was too late for the government to stop their plot.

The book had ignited a huge debate in the country and was discussed in the media for weeks. The interior minister started an investigation following the publication of the book and then Eskişehir mayor, who is now the current Ankara Governor Mehmet Kılıçlar, had accused Avcı.

Avcı was not the only person who was unjustly treated by the Gülen Movement following their criticism of the movement. Intolerable of criticism, the movement, headed by the Pennsylvania-based imam Fethullah Gülen, is accused of imprisoning its critics through sham trials by prosecutors and judges linked to the group. Most notably, journalists Ahmet Şık, Nedim Şener and Avcı were jailed for releasing books critical of the Gülen Movement. Released after prolonged imprisonment without reasonable cause, Şık, Şener and Avcı claimed they were targeted by Gülen Movement-linked prosecutors and judges who leveled charges on the basis of being members of a terror network without any concrete evidence.