PM Davutoğlu: No communication problem between the gov’t and President 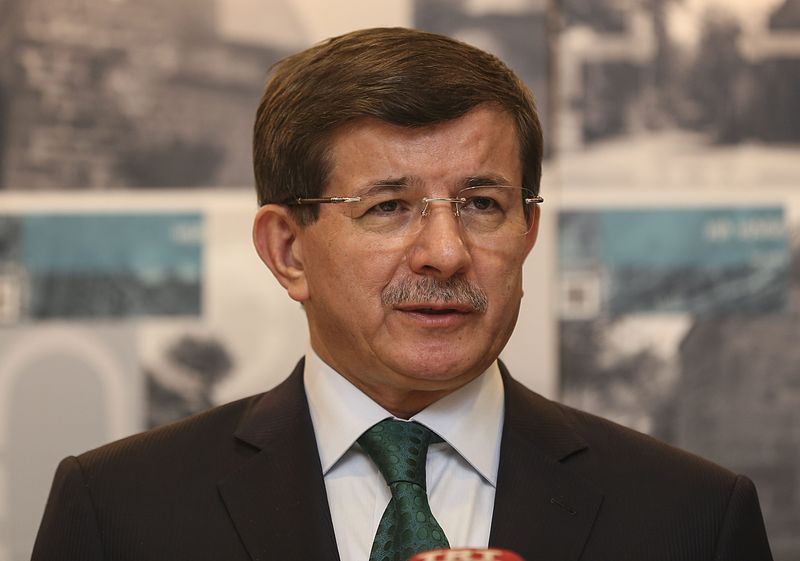 by Nurbanu Kızıl Mar 24, 2015 12:00 am
Prime Minister Ahmet Davutoğlu said that no communication problems exist between the government and President Erdoğan, in response to recent allegations that the government and the president are at odds. He also highlighted that the AK Party was established on strong foundations and will not tolerate those who try to violate party rules, in reference to the recent debate between Ankara Mayor Melih Gökçek and Deputy Prime Minister Bülent Arınç.

Davutoğlu responded to questions posed by the press in the province of Konya on Tuesday, and dismissed claims that the government is in a disagreement with President Erdoğan. "Difference of opinion can happen all the time" Davutoğlu said, regarding Erdoğan's disapproval of the ten point reconciliation plan. He highlighted once again that the reconciliation process depends on disarmament and that conflict between the government and the president was out of question.

He highlighted that the relations between him and President Erdoğan are familial as their friendship has a long-history. "In the past seven months, we have never had any communication issues with the President" he said, and underscored that if there are any misunderstandings, they will be cleared and that both the AK Party and the President will never become insensitive towards Turkey's stability.

He also touched upon the recent statements made by Deputy PM Bülent Arınç and Ankara Mayor Melih Gökçek yesterday and said that they were inappropriate. He underlined that the AK Party is a well-established party and that colleagues who have different opinions may express these as long as they do not pass the limits outlined by the party.

"Nobody is privileged above anyone else and party discipline will be implemented when necessary" Davutoğlu said, adding that party discipline will never be renounced. He noted that he had spoken with Deputy PM Arınç following his statements and will be speaking with Mayor Gökçek on Tuesday. Davutoğlu outlined the steps that will be taken to implement party discipline and said that the party will convene with deputy chairpersons and the Central Execution Board (MYK), after when the necessary disciplinary procedures will be conducted.

Deputy Prime Minister Bülent Arınç responded to the allegations about his statements on the reconciliation process and said they had been made solely by himself, rather than as a statement of the government. He also dismissed claims that he had held talks with Prime Minister Ahmet Davutoğlu prior to his press statements, which some media outlets claimed signaled a rift between the president and the government.

The dispute between Ankara Mayor Melih Gökçek and Deputy Prime Minister Bülent Arınç took place on Monday when Gökçek accused Arınç of being affiliated with the Gülen Movement, being an instrument of the opposition and creating disagreement within the AK Party, and called on him to resign.

In response to Gökçek's allegations, Arınç said that he perceives the Gülen Movement as a threat against the state, while condemning the allegations. He also said the Mayor is "undignified," and was making these allegations for his own personal benefit.

"Gökçek is not a figure who has enough dignity to ask for my resignation" Arınç said, and added that Gökçek's statements were shameless. He also noted that he had been opposed to Gökçek's candidacy in 2009 and 2014 along with other prominent party figures, while he claimed that Gökçek was trying to defame him in order to guarantee his son's candidacy in the upcoming general elections.

Gökçek did not withdraw his allegations about Arınç and stated that he will be taking legal action against Arınç's accusations and "will be brought to account" at the court.

Ankara Chief Prosecutor's Office on Tuesday launched an investigation into the dispute between Arınç and Gökçek. It was reported that Arınç's charges include professional misconduct and concealing of information, while Gökçek is accused of professional misconduct. In the case that the prosecutor's office finds evidence of crime, permission will be sought from the Interior Ministry for Gökçek's investigation, while Arınç's case will be transferred to the parliament for a summary of proceedings.