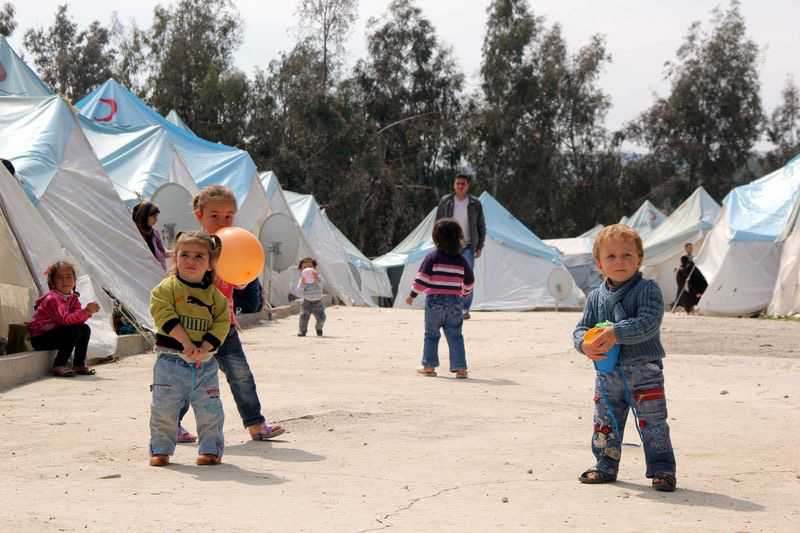 | Photo: AA
by Daily Sabah with AFP Mar 26, 2015 12:00 am
The number of asylum seekers in industrialized countries rose by nearly half last year, driven by the devastating conflicts in Syria and Iraq, with Germany the top destination, the U.N. refugee agency UNHCR said on Thursday.

In 2014, some 866,000 people applied for asylum in such countries, marking a 45-percent jump from a year earlier, and a 22-year high, the UNHCR said. Moreover, the top five receiving countries – Germany, the U.S., Turkey, Sweden and Italy – accounted for 60 percent of all new applications last year.

At 173,000 requests, Germany clearly topped the list – receiving a fifth of all asylum applications last year – with a quarter of the applications submitted by Syrians, the report said. The U.S. counted 121,200 asylum claims, mainly from Mexicans, and Turkey, which by the end of 2014, was hosting more than 1.5 million Syrian refugees, received 87,800 new asylum requests last year, mainly from Iraqis, the report showed. Syrians, who have been flooding into Turkey, are not counted among asylum application statistics, since they are automatically granted temporary residency.

Sweden ranked fourth in terms of numbers at 75,100 applications, mainly from Syrians and Eritreans, but topped the list relative to its population size. Over the past five years, the Scandinavian country has counted an average 24.4 asylum seekers per 1,000 inhabitants, the report said.

Meanwhile, industrialized countries take in only a fraction of the people who have been forced to flee their countries due to conflict, with 85 percent of all refugees living in developing nations. The surge is linked to the spiraling conflicts in Syria and Iraq, which have created "the worst humanitarian crisis of our era," UNHCR spokeswoman Melissa Fleming told reporters.

As a marker of the crisis, the number of asylum applications last year was the second highest on record, coming close to the all-time-high of the nearly 900,000 requests made in 1992 at the beginning of the conflict in Bosnia and Herzegovina, UNHCR said.

Syria's conflict, now in its fifth year, has killed more than 215,000 people and forced 11.4 million people to flee their homes, including nearly four million who have left the country. Last year, 150,000 Syrians applied for asylum in industrialized countries, marking a 166-percent hike from 2013 and accounting for a fifth of all asylum claims, the UNHCR report said.

As the violence in Syria has spilled over into neighboring Iraq with the ruthless Islamic State of Iraq and al-Sham (ISIS), Iraqis too have been leaving in droves. Last year they accounted for 68,700 asylum applications to wealthy nations – almost double the number a year earlier – while Afghans made up the third largest group with nearly 60,000 applications.
Last Update: Mar 26, 2015 6:07 pm
RELATED TOPICS