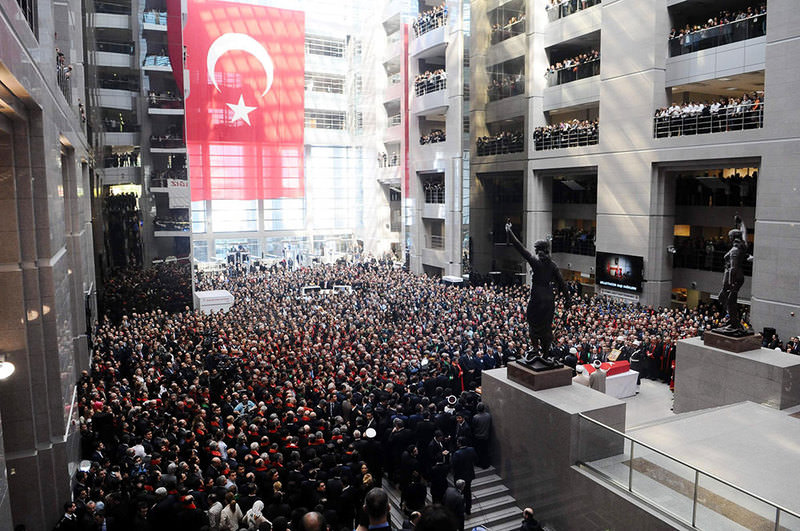 by daily sabah Apr 01, 2015 12:00 am
Turkey's Prime Minister Ahmet Davutoğlu made significant remarks in Istanbul on Wednesday following the funeral of murdered prosecutor Mehmet Selim Kiraz, stating that Istanbul's Çağlayan courthouse will be renamed in his honor.

The Prime Minister said that security forces did what was necessary to successfully save Kiraz.

Davutoğlu criticized media outlets which published the pictures released by DHKP-C showing militants pointing a gun against the prosecutor and with the organization's emblems in the background, and defended his decision to ban those media groups who insisted on publishing them from attending Kiraz's funeral.

He also criticized the opposition leaders for their statements and non-presence at the funeral, and noted their opposition to the Domestic Security Reform Package. "We will not tolerate anyone disrupting public order and threatening national security" Davutoğlu said.

"The terrorists made some international phone calls yesterday, we are investigating the connections" Davutoğlu added.