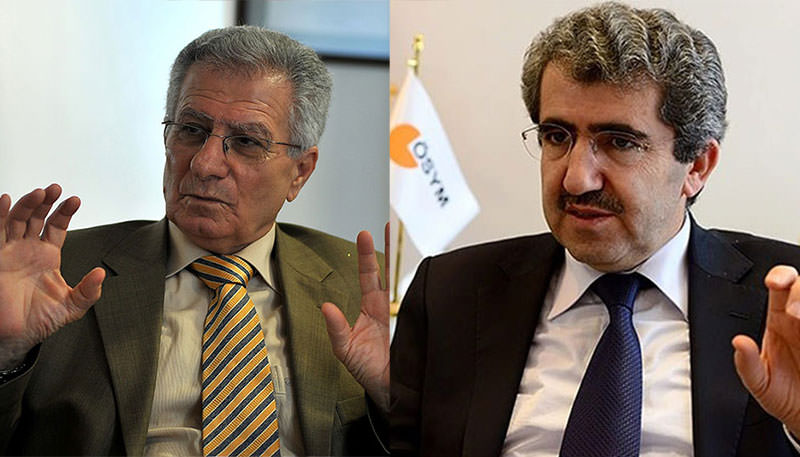 Two former heads of the Measurement, Selection and Placement Center (ÖSYM), Ünal Yarımağan and Ali Demir, were called to testify as suspects as part of a probe investigating the cheating scandal that allegedly took place in the 2010 Public Personnel Selection Exam (KPSS) on Thursday.

Earlier on Friday, former ÖSYM Head Ünal Yarımağan was sent to court pending a decision over his arrest warrant, however, he was released on in the afternoon.

The Ankara Police Department has launched an investigation into claims of cheating and fraud in an examination for civil service positions. So far, 32 out of 82 people allegedly affiliated with the Gülen Movement have been arrested on charges of cheating in the 2010 KPSS.

The prosecutor's office has been investigating the Social Security Institution (SGK) records of 350 people who answered all 120 questions on the exam correctly, and it has been discovered that many of them are affiliated with the Gülen Movement.

The suspects reportedly denied the charges against them. Asked how they achieved a perfect score in the exam, most of them said that they had worked hard on their own and succeeded.

Meanwhile, four suspects confessed to the charges. Drawing from their testimony, police concluded that all of the suspects were in touch with one another through an association in Ankara. The investigation found that the KPSS questions were brought to this association and distributed.

Some of the suspects acquired cellphone lines using the IDs of senior citizens and used these lines to cheat on the KPSS. Those using the lines were later found to be affiliated with the association.

It was discovered that four people among the suspects collected money and funds under the name of fraternal contributions to the Gülen Movement, which is led by U.S.-based retired imam Fethullah Gülen.

The suspects include a police chief suspected of meddling with computers examined by police and deleting traces of KPSS content.

The Ankara Prosecutor's Office issued a two-page written statement saying that the Gülen Movement presented a "great threat" to the Republic of Turkey by working to infiltrate government institutions and illegally obtaining and using public examination content and thereby usurping the rights of millions of people.

The statement said that while no candidate received the perfect score of 120 out of 120, or even had 119 correct answers, the 2010 KPSS boasted 350 test takers who responded to all 120 questions correctly.

Another statement by the prosecutor's office said that there were 3,227 people who scored 100 or more and 616 of them were currently in office as public servants.