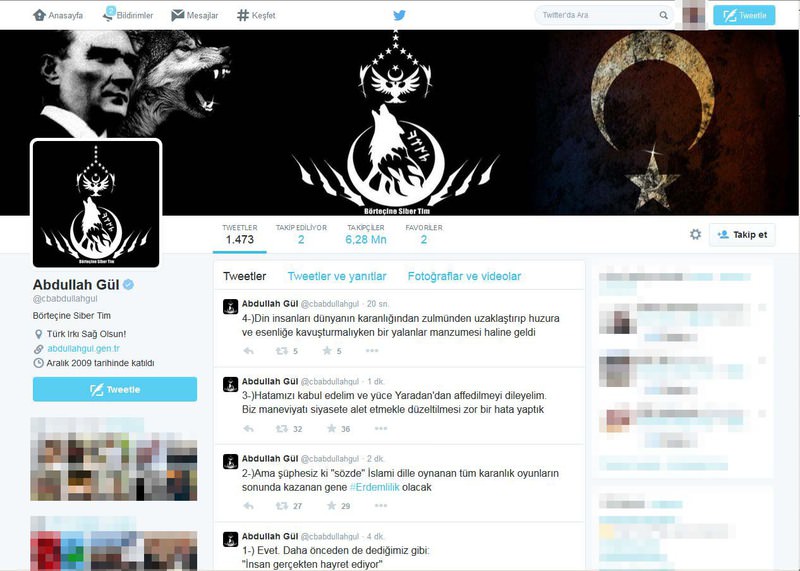 by daily sabah Apr 04, 2015 12:00 am
Turkey's former president Abdullah Gül's official Twitter account, which has more than six million followers, was hacked on April 4 for a few hours by an anonymous hacker, who sent tweets with nationalist messages.

"We have forgotten about our Turkish cognates and trying to ingratiate with Arabs. Alas! What have we come down to?" said in one of the tweets sent by the hacker.