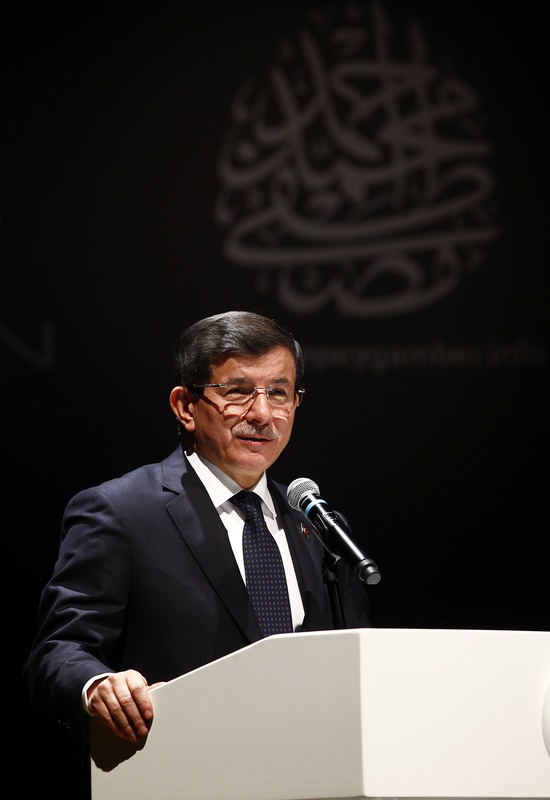 by Daily Sabah Apr 12, 2015 12:00 am
Turkish Prime Minister Ahmet Davutoğlu blamed Pope Francis for using a 'inappropriate' and 'one-sided' language after the pontiff described the killings of Armenians during World War I as "the first genocide of the 20th century" on Sunday.

Speaking at a closing ceremony in Istanbul, Davutoğlu said "only highlighting one side's suffering during war time and discriminating the others' pain is not appropriate for the pope and the authority that he holds."

Davutoğlu also said that the pope's one-sided and incoherent statement gives credence to rising racism and anti-Turkish approach in Europe.

On Sunday, Pope Francis called the 1915 incidents involving Armenians "genocide" on Sunday during a Mass in the Armenian Catholic rite at the St. Peter's Basilica, which Armenian President Serzh Sargsyan also attended.

Following the pope's remarks, The Turkish Foreign Ministry summoned Vatican's envoy to Ankara and recalled its ambassador to the Vatican to Ankara for consultation and related the message that the incident has caused "loss of trust" and would be met with a response.

The foreign ministry also released a statement regarding the incident, saying "Pope Francis, who has defended the opinion of building peace and friendship between different groups around the world since the day he was assigned as Pope, has discriminated about people's suffering, overlooked atrocities that Turks and Muslims suffered in the First World War and only highlighted the Christian suffering, especially that of the Armenian people."

Turkish Foreign Minister Mevlüt Çavuşoğlu also slammed Pope's statement earlier in the day via social media, saying: The Pope's statement, which is out of touch with both historical facts and legal basis, is simply unacceptable.

"Religious offices are not places through which hatred and animosity are fueled by unfounded allegations," Çavuşoğlu shared through Twitter.

In 2014, Turkish PM Recep Tayyip Erdoğan expressed his condolences for the first time to all Ottoman citizens who lost their lives in the events of 1915.

"May Armenians who lost their lives in the events in the early twentieth century rest in peace, and we convey our condolences to their grandchildren," Erdoğan said.
Last Update: Apr 13, 2015 3:04 pm
RELATED TOPICS