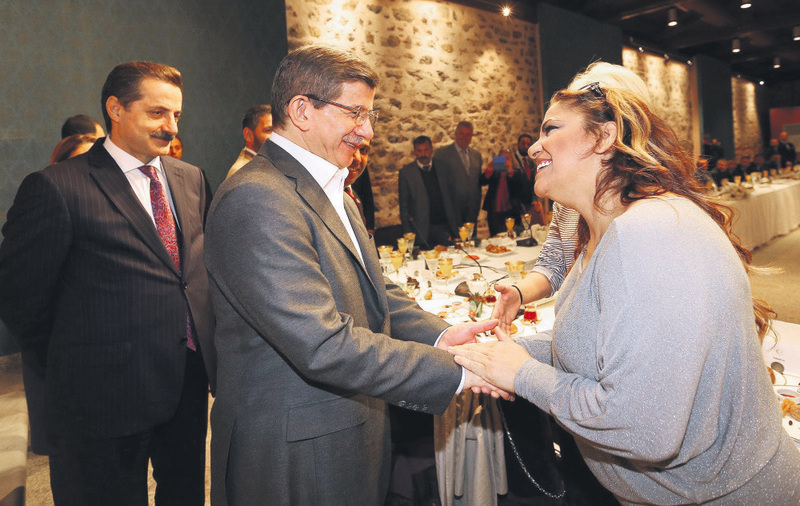 by Merve Aydoğan Jun 04, 2015 12:00 am
As the number of EU countries struggling to deal with their Roma communities' problems, the Turkish government, under its democratization process, is continuing efforts to enhance the livelihood of Roma communities through a number of reforms. In this regard, Prime Minister Ahmet Davutoğlu recently appointed Metin Özçeri as an adviser with aims to reach out to Roma communities in Turkey.

Özçeri, who said to local media that the position is an honor, underlined that the position was not given to himself, but to all Roma peoples. Underlining that Davutoğlu has displayed his appreciation to the Roma communities in Turkey, in his statements Özçeri said with the reforms and his appointment as an adviser, Roma citizens have gained equal status with the other citizens of Turkey.

Speaking to Daily Sabah, Ahmet Çokyaşar, the chairman of the Roma Confederation, said appointing an adviser and including a deputy candidate is a positive approach for reforms for Roma communities. Çokyaşar said although the reforms have provided significant contributions to Roma communities, there are still areas that require improvement. He said the meeting with Davutoğlu and Roma representatives was highly relevant, and added: "Our prime minister has said the areas of improvement will be addressed by appointing Roma representatives to the Prime Ministry, Turkey's Cooperation and Coordination Agency [TİKA] and other ministries where the issues and concerns will be conveyed to the officials."

"Roma communities have taken significant actions toward Turkey's agenda and takes great civil actions. With the government's support through its reforms for Roma communities, we have recently introduced the Enlighten the Future program where we will have 1,000 participants at first and reach 10,000 participants afterward under educational training," he added.

The government drafted an action plan last year to reach out to the underprivileged Roma citizens and improve their lives. Under the plan, the government provided vocational training for 5,000 Romanis this year to help their chances of employment.

In early April, Davutoğlu met with representatives from the nongovernmental organizations of Roma communities at Dolmabahçe Palace in Istanbul, where he called on the Roma who face problems in EU countries to come to Turkey. During the gathering at Dolmabahçe Palace, nearly 90 representatives, including many well-known Romani singers, came to discuss the issues that the Roma community faces in Turkey.
Last Update: Jun 04, 2015 11:17 pm
RELATED TOPICS