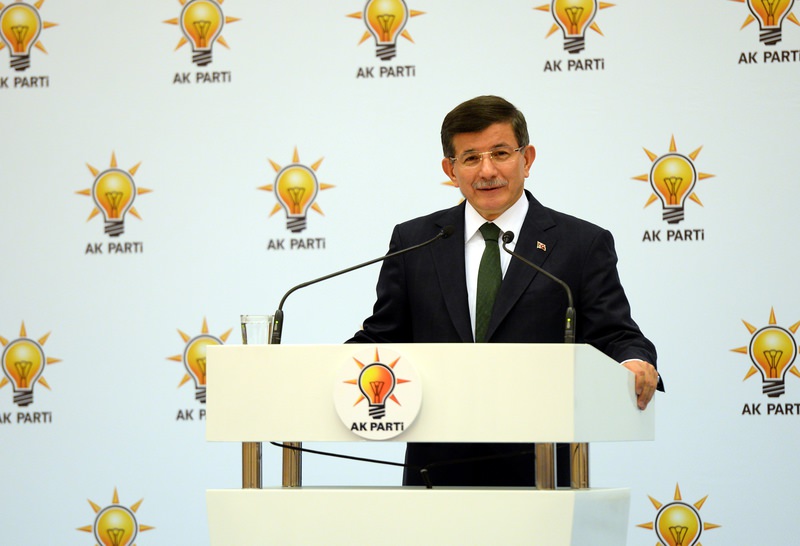 by daily sabah
Jun 25, 2015 12:00 am
Prime Minister Ahmet Davutoğlu on Thursday said that Turkey proved its stance against the Islamic State of Iraq and al-Sham (ISIS) and refuted the claims that Turkey played a part in Thursday's Kobani attacks.

Speaking at an iftar program with AK Party deputies , Davutoğlu said "Those who are in cooperation with the ISIS continue to spread slanders that Turkey is supporting the terrorist organization. Although, no one has been able to prove that Turkey played a part in today's Kobani attack and neither will they."

Davutoğlu also criticized HDP co-chairperson Figen Yüksekdağ for her remarks, in which Yüksekdağ said that Turkey must prove that it is not supporting ISIS.

"There is no such thing as proving something does not exist. Turkey has proved its stance against ISIS in the first place, we are the first country that designated ISIS as a terrorist organization. I call on Yüksekdağ and others to offer an apology for their accusations."said Davutoğlu.

On Thursday, ISIS launched attacks at three different points, killing at least 20 people and wounding another 100 in five explosions. Nearly 130 wounded people were brought to hospitals in Turkey for treatment.

Following the attacks, the pro-Kurdish Peoples' Democratic Party (HDP) and several international media outlets accused Turkey of abetting the ISIS militants, claiming that the attackers passed Kobani by passing through the Mürşitpınar border crossing in the Suruç district of Şanlıurfa province.

However, such claims were strongly denied later throughout the day by Turkish officials.

Turkey's state-run Anadolu Agency released two video footages that clearly refuted the allegations. The video shows that the car bomber in Kobani approached from the Syrian side, contrary to media allegations that claimed it entered the town from Turkey.
Last Update: Jun 26, 2015 3:33 pm