US not to provide support if Turkey imposes buffer zone in Syria unilaterally: official 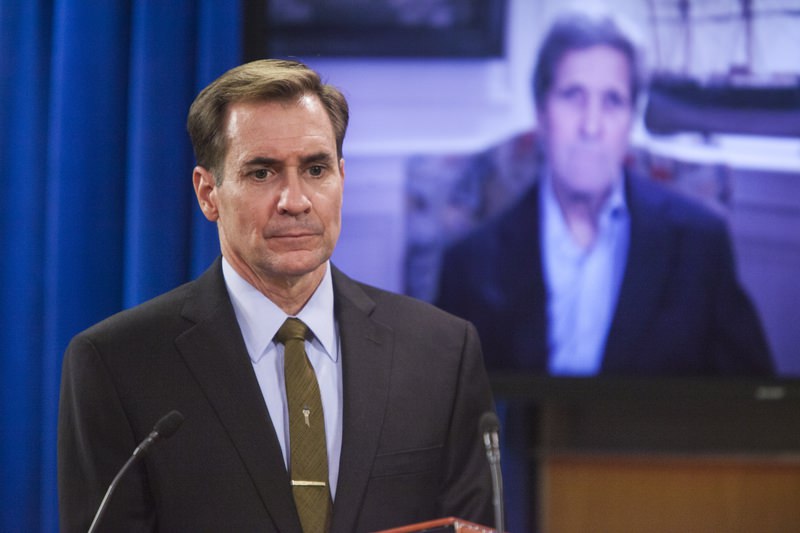 by Daily Sabah Jul 01, 2015 12:00 am
U.S. State Department spokesman John Kirby said on Tuesday that the U.S. and coalition countries do not need a buffer zone in Syria, and imposing one would be conducted by Turkey unilaterally.

Commenting on Turkey's buffer zone request in Syria, Kirby said that Turkish officials have been expressing their interest of establishing a buffer zone for months and added that the questions about the issue should be addressed to the Turkish officials as the U.S. was not aware of any plans regarding the issue.

When asked about whether the U.S. ambassador to Turkey John Bass and Turkish Foreign Minister Mevlüt Çavuşoğlu have discussed the issue, Kirby said establishing a buffer zone was on Turkey's agenda for quite a time.

Kirby pointed out that serious logistical challenges would occur while creating that kind of buffer zone and added that neither the U.S nor coalition countries need to take that sort of step. Kirbyy also said that the U.S. has already explained to Turkey that it will not provide any support if the country decides to create a buffer zone unilaterally.

Neighboring Syria and Iraq, Turkey shares more than a 1,000-kilometer- long border with the two countries and hosts more than 1.3 million Syrian refugees. Turkey has called on several times the U.S. and other members of the UNSC to establish a buffer zone in Syria.

However, Turkey's buffer zone demand has been ignored in the international arena but debate on setting up a buffer zone over Turkey's southern border was brought back to the agenda recently as Turkey is studying the prospect of establishing a buffer zone along its borders with Syria and Iraq amid the escalating threat posed by ISIS.
Last Update: Jul 01, 2015 2:18 am
RELATED TOPICS