Thailand deports 100 Uighurs back to China, disregards international calls to protect the group 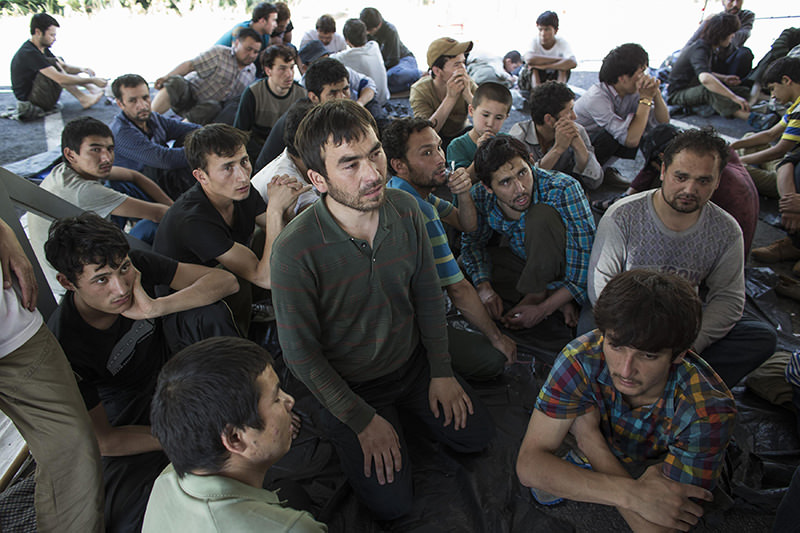 | Reuters Photo
by Daily Sabah with Agencies Jul 09, 2015 12:00 am
Thailand deported more than 100 ethnic Uighurs back to China on Thursday, ignoring calls from the international community to protect the group and ensure they were not forced back to face possible persecution by the Chinese government.

Government spokesman Maj. Gen. Verachon Sukhonthapatipak said that Thailand had assurances from Chinese authorities that "their safety is guaranteed." He said the group of 109 Uighurs had been in Thailand for over a year, along with others who had arrived in waves claiming to be Turkish. Thai authorities sought to verify all of their nationalities before relocating them, he said.

"We found that about 170 of them were Turkish, so they were recently sent to Turkey," he said. "And about 100 were Chinese, so they were sent to China as of this morning, under the agreement that their safety is guaranteed according to humanitarian principles."

New York-based Human Rights Watch called Thailand's repatriation of Uighurs an "outrageous rights abuse" and criticized the Thai government for "forcing (the Uighurs) back to China against their will."

He said the Thai government "broke numerous promises made over the past year to visiting senior officials from the UNHCR and other governments that the Uighurs would not be sent back into harm's way."

The World Uyghur Congress, a German-based advocacy group, said that those repatriated could face criminal charges and harsh punishment, possibly execution, under China's opaque legal system the reasons they fled China in the first place.

The Uighurs are a Turkic-speaking Muslim minority in China's far west Xinjiang region. The group has complained of cultural and religious suppression as well as economic marginalization under Chinese rule.

In January, Turkey accepted over 500 Uighur Turks, who sought refuge in the country.

The U.S. State Department and human rights groups like Human Rights Watch had urged Thailand to protect the Uighurs and not force them to return to China.
Last Update: Jul 09, 2015 6:36 pm
RELATED TOPICS