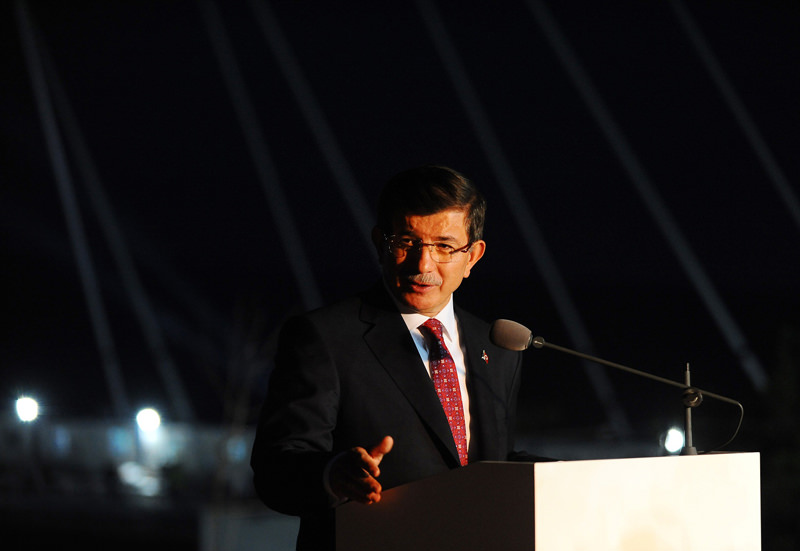 by Daily Sabah Jul 10, 2015 12:00 am
President Recep Tayyip Erdoğan gave Prime Minister Ahmet Davutoğlu the mandate Thursday to forge a government, starting a countdown that could lead to a re-run considering the failed compromise up to now over an alliance. Amid a pessimistic climate, Davutoğlu set his schedule and will pay his first official visit to the chairman of Republican People's Party (CHP), Kemal Kılıçdaroğlu, on Monday to see whether he can team with the long-standing opposition. Davutoğlu is scheduled to meet with the Nationalist Movement Party (MHP), which has so far openly expressed that it wants to remain as the main opposition, and will head to the pro-Kurdish Peoples' Democratic Party (HDP) on Wednesday to talk over a partnership, which Davutoğlu had said was a remote possibility.

The 45-day countdown began after Erdoğan gave Davutoğlu the mandate to form a government, which requires him to negotiate with other parties. Davutoğlu, who has been largely enthusiastic over a coalition, has said that although he will not exclude any party from negotiations, he will hone in on the CHP and MHP during the talks. He said if the talks failed to reach a conclusion in the first round, he will come to them again and push his luck for a partnership. If deal id hammered out, then early elections will be inevitable.

The unofficial talks that were carried out behind closed doors with parties have not alleviated the uncertainty that emerged when the June 7 elections resulted in a hung Parliament, with great public anticipation for official talks that will sooner or later determine the future of Turkish politics. The CHP so far has kept the door ajar for a coalition while the MHP has pushed the process into a deadlock with its firm stance against siding with any party. The CHP, which appears to be comparatively more eager to be part of a coalition, has recently heightened the chances of an alliance, especially after some officials revealed their intention to concede some of the 14 principles the CHP put forth as stipulations if they are objected to. However, Kılıçdaroğlu said late on Thursday that his party will not make concessions to their core principles.

Although analysts have considered a coalition between the AK Party and MHP as the most viable due to a broad overlap of ideologies, the AK Party is initially coming to the CHP for talks, which might indicate that the AK Party is more willing to team up with the CHP. Kılıçdaroğlu, speaking to a Turkish daily on June 26, said it mattered which party Davutoğlu heads to first as an indicator of which party the AK Party attaches most importance to.


Before leaving for Bosnia-Herzegovina, Davutoğlu said: "We will weigh in on the CHP and MHP, [although] in the first tour we will meet with the three parties. We commenced contact and I will meet with the CHP on Monday, the MHP on Tuesday and the HDP on Wednesday,"

He said the negotiations will be held with utter transparency and that they are standing at the AK Party same distance from all parties. He added that after he conferred with party members, the "most suitable scenario appeared to be a coalition with the MHP or CHP."

"On this basis we will carry out talks with every party. The determinant will be the will of the other side. We will go into the ins and outs," Davutoğlu further said.

Kılıçdaroğlu, meanwhile, predicted on Friday that the first round will be inconclusive. Time is yet to show whether the parties will reach a consensus on their rigid differences, but all parties have been keeping in mind the option of early elections and acting discreetly not to lose votes if negotiations are unsuccessful. The CHP sticking to its 14 principles, nationalist MHP's resistance to side with the HDP, and the HDP's emphasis on continuing to pursue the reconciliation process, which assisted the party to pass the hurdle of the 10 percent election threshold and enter Parliament, all signify the attentive approach of parties not to lose support from their respective bases. The opposition fragmented following the Parliament speaker election in which AK Party candidate İsmet Yılmaz won against CHP candidate Deniz Baykal when they could not support a joint candidate against the AK Party. So as not to take the blame for a deadlock in forming a government the parties have recently struck a milder tone on a coalition, but the MHP still wants to remain out of the process, according to party Chairman Devlet Bahçeli's remarks on Thursday.